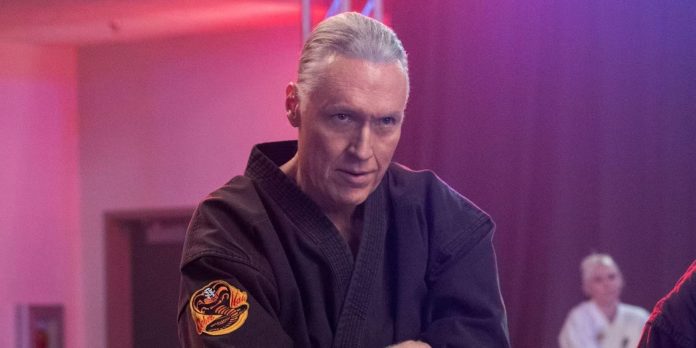 The whole idea of Cobra Kai is to turn a famous villain into a beloved protagonist. However, while every Karate Kid fan now loves Johnny Lawrence, the new trailer tries to do the impossible for Terry Silver.

The teaser posted on Cobra Kai’s official Twitter account is actually a brilliant example of overproduction to promote Silver’s (Thomas Ian Griffith) growing business when the dojo moves to new premises in Encino. One of the important themes defining this new season of Cobra Kai was Silver’s desire to turn Johnny’s humble dojo into a major franchise with coverage across the United States, and it certainly looks like the dubious sensei is spending a lot of money solving the problem so that he can “turn kids into champions.”

The concept is simple; the amateur youth sports mentality of old-fashioned sensei such as Lawrence, Daniel LaRusso and the disgraced John Crease is a thing of the past. This method gives way to a new modernized approach that will take Cobra Kai students to a new level with a fitness regime to compete with the best organizations, be it esports or traditional sports. Instead of improvising Johnny and Mr. Miyagi’s backyard, Silver’s Cobra Kai aims to maximize cardiovascular health, muscle building and nutrition for its students, so if this sounds too much like an advertisement, well, that’s because it is.

As the tweet says, no one should feel guilty if they want to study karate under the guidance of Sensei Silver. However, it is worth saying that Robbie is nowhere to be seen among the star athletes of Cobra Kai, hinting that a complete reconciliation with his father after last season’s finale will lead to him leaving the ranks of the dojo. Despite this, Kenny Payne and Tori Nichols are the new Cobra Kai star students, albeit for a short time if Daniel and Johnny can get them to see Silver’s psychopathic nature.

Unlike Kriz, who is portrayed as not only a dangerous but also an injured veteran, Silver has so far been portrayed as nothing more than a child-taking lunatic, and worse, he has enough financial resources to get him out, even if it means paying the referee. Naturally, Cobra Kai had to leave the dilapidated room that Johnny turned into a dojo house for something more unusual, so expect to see how Silver will spend money on his mission.

Oddly enough, the new cast member Alicia Hanna-Kim is also not featured in the commercial, but it may just be a case of her joining later, as another Cobra Kai teaser suggests that she is a terrible rival of Daniel and the company.