In 2018, a cosmic explosion puzzled astronomers for its novelty. Called AT2018cow, or The Cow, she showed unusual behavior and characteristics. Although it looked in some ways like massive star supernovae, it was not the same. Two other similar cases had already shown the same discrepancies.

Studying this and the explosions called CSS161010 (in a galaxy distant 500 million light years from Earth), and ZTF18abvkwla (The Koala, or The Koala, 3.4 billion light years), we observed the same strange characteristics : an unusual initial glow and the speed with which the object lit up and disappeared in just a few days.

Two teams of astronomers followed the evolution of the explosions. When the results of the observations began to be analyzed, the reaction was astonished.

“I thought I made a mistake when I reduced the data,” said astrophysicist Anna Ho of the California Institute of Technology (Caltech), the lead author of the ZTF18abvkwla study, when she discovered that the object’s radio emission was as brilliant as that of an explosion of gamma rays.

Two years to understand the phenomenon

The other team of astronomers found that CSS161010 had launched an “unexpected” amount of material into interstellar space at more than half the speed of light. “The event was so unusual that it took us almost two years to find out what we were really seeing,” said one of the study’s co-authors, Northwestern University astrophysicist Raffaella Margutti.

The two explosions were similar to that of AT2018cow and belonged to a new class of cosmic explosions, called Fast Blue Optical Transients (FBOTs).

According to Northwestern University astrophysicist and lead author of the study on CSS161010 Deanne Coppejans, “we know of energy explosions that eject material at almost the speed of light, but they only release a small amount of mass, something like a millionth of the mass of the Sun. CSS161010 released 10% of the Sun’s mass, and this is evidence that this is a new class of transients “.

According to astronomers, they represent, together with AT2018cow, a type of stellar explosion that, like certain supernovae, begins when a supermassive star explodes at the end of its astronomical life. The differences start from there.

In the so-called core collapse supernova, the explosion sends a spherical wave of material into interstellar space. On some occasions, a rotating disk of material forms briefly around the neutron star or black hole resulting from the collapse of the star, with the emission almost at the speed of light, in opposite directions, of narrow jets of material. They may also emit narrow gamma-ray beams.

In the case of FBOTs, this script is repeated, but instead of gamma-ray bursts, the collapsed star is surrounded by thick material. When it is hit by the supernova wave, it emits the intense glow of visible light and produces intense radio emissions. This is one of the characteristics that distinguishes them from ordinary supernovae. 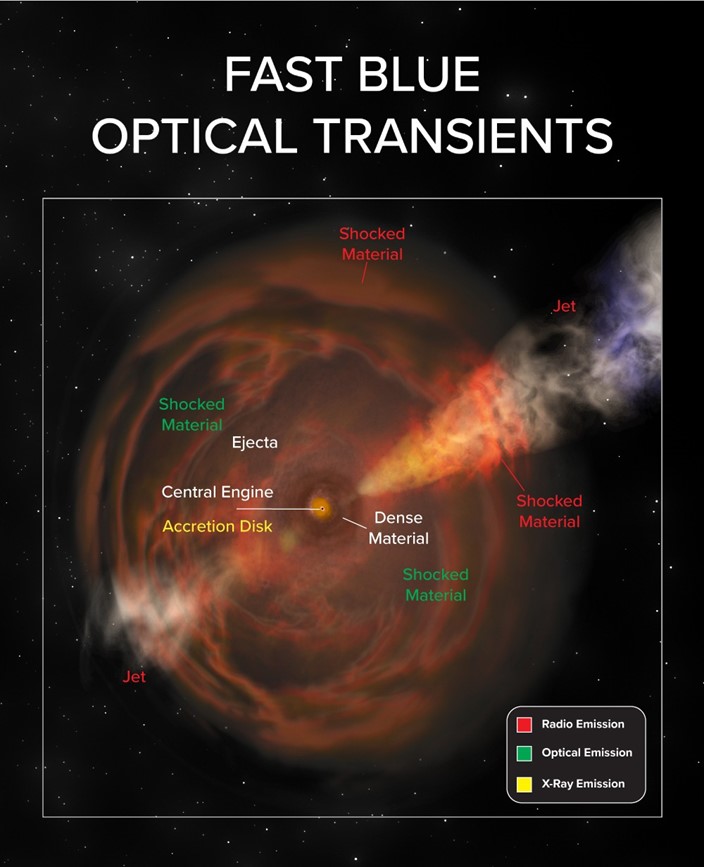 Astronomers even found that the three events occurred in dwarf galaxies. “The properties of these galaxies can allow stars to take very rare evolutionary paths, which would lead to these distinct explosions,” said Deanne Coppejans.

Threat of ‘Kawasaki’ Disease in Europe After Coronavirus