Home News New Call from Elon Musk to Putin: I Use My Left Hand 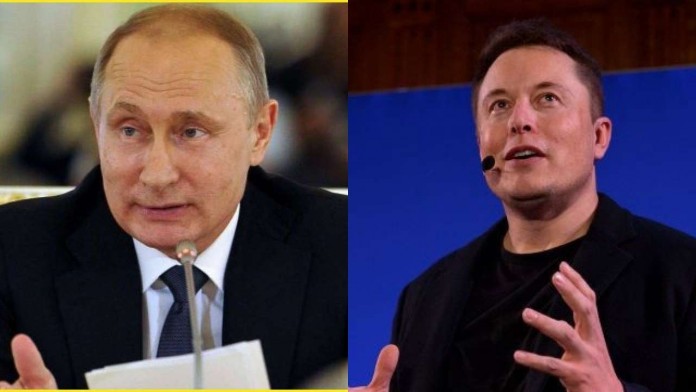 Calling Vladimir Putin to one-on-one combat the other day, Musk responded to the post of the President of Chechnya this time. Musk said of Putin, “I only use my left hand if he is afraid.”

Elon Musk, CEO of SpaceX and Tesla companies, made a social media post that made his name known to the whole world the other day. Musk, in a post on Twitter, called Russian President Vladimir Putin to one-on-one combat. It is interesting that the Kremlin did not respond to this call, while the former Deputy Prime Minister of Russia intervened.

Former Russian Deputy Prime Minister Dmitry Rogozin had a quarrel with Musk on Twitter for a while. Rogozin finally told Musk, “Get out of the toilet, we’ll talk later.” he stopped the fight. But for Elon Musk, this bickering doesn’t seem to stop yet. Because today, Musk responded to the post of the President of Chechnya, who this time supports Russia.

He responded to the ‘recommendations’ of the President of Chechnya:

Elon Musk included a screenshot that Chechnya President Ramazan Kadyrov said was a Telegram post. In the said post, Kadyrov was giving ‘advice’ to Elon Musk. Kadyrov also gave Elon Musk a ‘feminine’ name. The post in question was as follows:

“Elon Musk, a piece of advice for you: Don’t compare your strength to that of Putin. You are in different leagues. It’s not about judo or martial arts. How do you see this? Are you, as a Twitter user and businessman, in the red corner of the boxing ring, and Putin, the politician and strategist, who terrorizes the West and the United States, in the blue corner? Vladimir Vladimirovich will look unsportsmanlike when he beats you to death, your much weaker opponent.

So, to move from the kind (feminine) Elona to the deadly Elon you should be, you must strengthen your muscles. I offer you training in one of several centers in Chechnya:

Russian Special Forces University: Here you will get weapons training from world champion special forces who beat US special forces like nothing in 2015.

Akhmat Fight Club: Here you will learn the skill required in any fight, punching. Under the guidance of Abuzayed Vismuradov, you will learn to recover quickly, not only physically but also mentally, you will have nerves of steel.

Grozny Chechen State Television and Radio Broadcasting Company: Within the walls of ‘Grozny’ they will tell you about American methods of ‘black public relations’ and teach you how to monitor and update social network accounts.

Electric cars can be charged from home in 4 hours