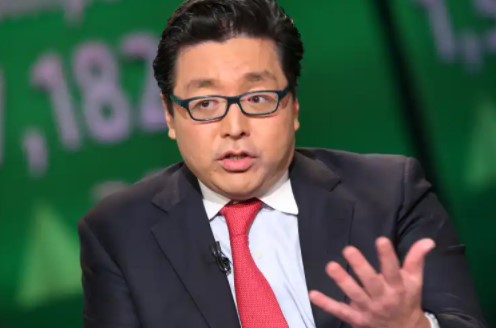 In an interview with CNBC on Monday, widely followed Fundstrat analyst Thomas Lee recommended continuing investments in Bitcoin (BTC), saying that the cryptocurrency is still in “exponential growth” as it reaches more mainstream acceptance.

The Fundstrat analyst acknowledged that dips such as Bitcoin’s weekend dip were painful for investors, but argued that holding crypto throughout the volatility makes more sense than trying to trade it for volatility. Lee’s analyzes were:

Every year, Bitcoin gets all its earnings within 10 days, and if you don’t have Bitcoin for those 10 days, you’re down 25% per year. To me, some kind of weekend carnage is painful, but it’s pretty common.

Returning to the S&P 500 after Bitcoin, Lee implied that hitting 4,800 in a few weeks was a “huge wish”, but he believes the cash that has recently come off the exchange is now waiting on the sidelines. Lee also said he expects it to be reinvested in stocks once fears surrounding Federal Reserve policy and the Omicron variant subside. He added the following statements, which he believes is on the table for the year-end rally:

I think the year-end rally is still in play, given how much cash has been raised on the sidelines due to the investor panic around the Fed and Omicron.

Lee, whose analysis we share at Somanews, argues that early signs do not indicate that Omicron represents a particularly deadly form of COVID. At the same time, he thinks the Fed’s hawkish axis has already been digested by the markets. As a result, the Fundstrat analyst claimed that the worst news has already hit the market, opening the door for a new uptrend. He added that given the current levels in the bond market, stocks are not a clear investment competitor.

This altcoin is the secret home of Ethereum whales!

Huge Whale Movement: This Altcoin Is Increasingly Buying By Whales!