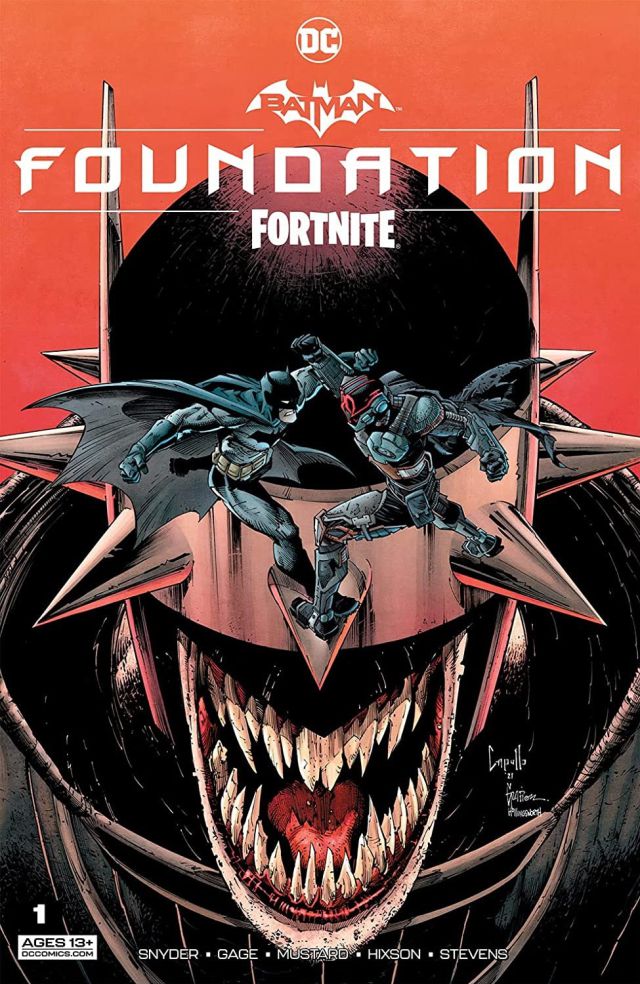 Batman / Fortnite: The Foundation; all the details of the new comic

Thanks to the NiteStats Discord, a place where all kinds of Fortnite news and leaks are shared, we have been able to access the following information. The official announcement of Batman / Fortnite: The Foundation would be on October 16, 2021, and the comic’s launch would take place on October 26, 2021. This is the cover:

For now, from what we know both from the name itself and from the cover of it, Batman would face The Foundation, one of the most important characters in the Fortnite Battle Royale plot. In addition, the Batman Who Laughs would be the central villain of this graphic novel.