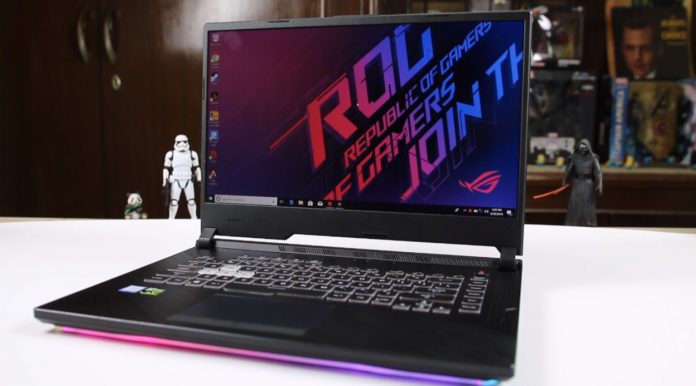 New ASUS ROG laptop models said hello to users with CES 2021. The new laptop computer, which uses hardware with remarkable performance, will offer 360 Hz refresh rate to the players. The screens, which will meet with users in Full HD, will have details that stand out compared to competing models.

The ASUS ROG Strix SCAR 17 was the first model to show itself among the models introduced. The model, which has an AMD Ryzen 9 5900HX processor and NVIDIA GeForce RTX 3080 graphics card, draws attention with its 100W USB Type-C charging feature.

Organizing a special promotional event, ASUS introduced its models as if they were in a game. Ryzen mobile processors, which were used only in TUF models by ASUS last year, were used in Zephyrus and Strix models this year. It has been seen that especially high performance models are selected.

ROG Strix SCAR 17 and ROG Strix SCAR 15 stood out among the models introduced. These models have 15 and 17 inch screens as their names suggest. These models feature AMD Ryzen 9 5900HX processor, NVIDIA GeForce RTX 3080 graphics card and 64 GB 3200 MHz DDR4 RAM. Models with 360 Hz screen refresh rate also bring a new cooling design. Thanks to the fans with 40 – 45 decimal sound levels, the cooling process of the model is provided.

There is a transparent design in some part of the computer produced with fiber glass equipment. Thanks to this transparency, it is possible to see the hardware in the model. ROG Strix SCAR 17, which offers 100W Type-C charging support to users, has a replaceable design part. Thus, users can customize their models. However, it is stated that the model has shrunk compared to the size of the model announced last year and has changed by 7 percent.

Along with that, users can save notes, music, etc. there is a secondary screen for their use. This feature, which was previously included in other ASUS models, allows users to do some operations easier. In addition, the model with 90Wh battery offers users up to 13 hours of use.

The renewed Zephyrus G15 has an AMD Ryzen 5900HS processor and NVIDIA GeForce RTX 3080 graphics card. The “touchpad” of the model, which is lighter than the previous generation, has been expanded. The model with 90Wh battery says hello to users with up to 13 hours of use. The model, which offers a refresh rate of 165 Hz at 1440p resolution, has a value of 3 ms.

Another option in this series is the Zephyrus G14. The model, which has an AMD Ryzen 5900HS processor and NVIDIA GeForce RTX 3060 graphics card, offers a refresh rate of 120 Hz at 1440p resolution.

One of the most striking models among the introduced models was the ROG Flow X13. The model, which combines a gaming computer with a foldable and touch screen, has a 13-inch screen. The 2-in-1 model has an AMD Ryzen 9 5980HS processor and an NVIDIA GeForce GTX 1650 graphics card. However, the model has a 13.4-inch screen. This screen offers a 120 Hz refresh rate at 1080p or 4K resolution.

The model, which can be used for business like a tablet, has USB Type-C 100W charging support. With this battery, which provides up to 10 hours of use, it can be charged from 0 percent to 60 percent in 39 minutes. The model with 16:10 ratio awaits users who want both business and games.

What do you think about the new models introduced?