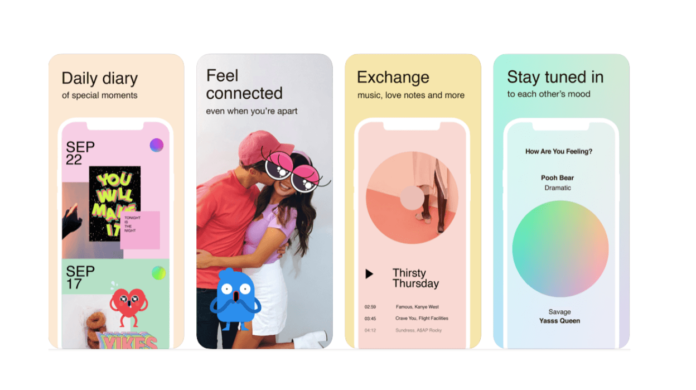 With widgets within the app, couples can easily share how they feel or do what they do that day, while sharing music with the Spotify plugin.

Facebook has launched a new application called Tuned for couples. Tuned, a messaging application, allows couples to communicate. Currently being released in the USA and Canada, the application was developed by Facebook’s NPE team, which is experimenting with new products.

If you remember, NPE recently launched the Hobbi application similar to Pinterest. Let us remind you that the NPE department generally publishes applications for testing purposes. In other words, it is possible that the Tuned application will be unplugged in the future.

On the other hand, it is surprising that the application was released at a time when the couples were side by side. Couples who are always together do not need this kind of practice, while couples who are now far apart can give Tuned a chance.

Couples can share current information about each other in a romantic atmosphere through the application. While emotions are expressed with items such as stickers, music can be shared thanks to the Spotify plugin. Let’s add that with the widgets in the application, couples can easily transfer how they feel or do what they do that day.

Focusing on the private life of people for a while with Facebook Dating, Facebook takes its activities in this field to the next level with Tuned. At this point, it is worth noting that Tuned does not have Facebook Dating integration.

It is possible to say that Facebook uses the applications that NPE produces to make sense of people’s social behavior. In this way, the company has the opportunity to test the features it will add to its products with different applications beforehand.

However, considering that Hobbi, which was released 2 months ago, has a single evaluation in AppStore, it is possible to say that the company will not be able to achieve the performance it expects in Tuned.

Huawei Extends Warranty Times In India Due To Realme And OnePlus...

Samsung stands out in sales thanks to the Galaxy M line