New Amsterdam, the hit medical drama that follows the lives of Dr. Max Goodwin (Ryan Eggold) and the rest of the staff who work at New York’s oldest hospital, premiered Season 4 on September 21 on the network. on NBC and is now heading towards the end of this fascinating part of the story with an episode scheduled to air on May 24. (Spoilers for episode 22, the season 4 finale)

In the most recent episodes of New Amsterdam season 4, fans have seen Max Goodwin and his fiancée, Helen Sharpe (Freema Agyeman), in the midst of tribulations as the drama continues its course towards their long-awaited wedding. At least, that’s what viewers have long wanted to see and hope will finally happen during the final episode.

However, it looks like things in the final episode of New Amsterdam season 4 are not all going to be pretty for Max and Helen and the rest of their fellow doctors. According to the official synopsis shared by NBC, with the end comes a catastrophe that will put the entire team in the hospital running. Without a doubt, this is something traditional at the end of each installment of the series created by David Schulner.

New Amsterdam fans should prepare to see an ending that will be emotional and painful and that will come with episode 22 of the fourth installment, entitled “I will be your refuge”, where a violent hurricane will be at the center of the story. And if you have to worry, the answer is yes. Let’s remember that Max and Helen will finally be at the altar and the natural consequences of the catastrophe could reverse the long-awaited event.

The final episode of New Amsterdam Season 4 will air in its regular time slot next Tuesday at 10:01 p.m. m. and according to the NBC logline, it reveals that when a monstrous hurricane approaches New York, Dr. Lauren Bloom and the team rush to get preparations underway. Meanwhile, Max and Helen make plans for an intimate wedding in New York when she returns from London. Elsewhere, Iggy and Martin come to a crossroads. And Dr. Reynolds finally gets in touch with his father.

New Amsterdam will come to an end with season 5 set to premiere in the fall of 2022. That is why viewers of the hit medical drama should be prepared for what may happen next Tuesday. Surely, the writers will leave everyone in suspense as in this show anything could happen to their characters. 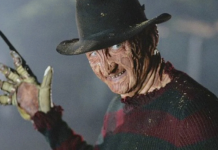 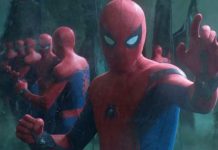 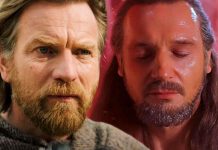