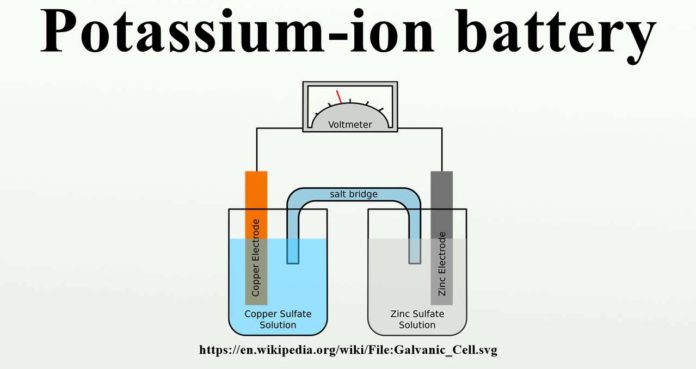 As a process from cell phones to electric cars, batteries entered our lives throughout their lives. In fact, for many of the technologies we use now, the batteries stand before us as indispensable power sources. Lithium ion batteries, the most efficient battery technology, are used to power these devices. But new studies offer promising alternatives to lithium-ion batteries.

In a new study published in the Proceedings of the National Academy of Sciences, a solution to the permanent problem of lithium ion batteries known as dendrite was presented in a battery technology developed based on potassium metal. The use of potassium, which is a much cheaper and abundant metal, in batteries, can lead to faster development of battery technology.

In a new battery study, scientists first considered using potassium oxide at the cathode instead of lithium cobalt oxide. Since potassium is a larger and heavier element, its energy density is lower. Therefore, the use of potassium oxide in the cathode reduces the performance of the battery. Researchers from the Rensselaer Polytechnic Institute attempted to replace potassium metal instead of the graphite in the anode section.

Nikhil Koratkar, a professor of mechanical, aerospace and nuclear engineering at the Rensselaer Polytechnic Institute, explained that using potassium instead of graphite on anode may be an alternative to traditional lithium ion batteries in terms of performance.

Batteries from potassium promised great hopes, but they also showed a problem. The researchers noticed that during the experiments of the battery, metal deposits called dendrite accumulate in the anode part. Dendrites occurred due to uneven accumulation of potassium metal during repeated charge and discharge of the battery. Koratkar explained that over time, potassium metal clusters were elongated and almost like a branch.

In an article published in the Proceedings of the National Academy of Sciences, Nikhil Koratkar and her team explain how this problem was solved. The researchers controlled the temperature inside the battery in a controlled manner, operating the battery at a relatively high charge and discharge rate. Controlled elevation of the temperature caused the dendrites on the anode to heal spontaneously.

While the temperature increase in the battery does not melt the potassium metal, it helps activate the surface diffusion. Thus, potassium ions cause the dendrites to soften by moving the piles they form laterally.

Koratkar said that this solution, which will be applied to the potassium metal battery, can be applied thanks to a special battery management system that will generate heat that will cause dendrites to heal at night or when the battery is not used.