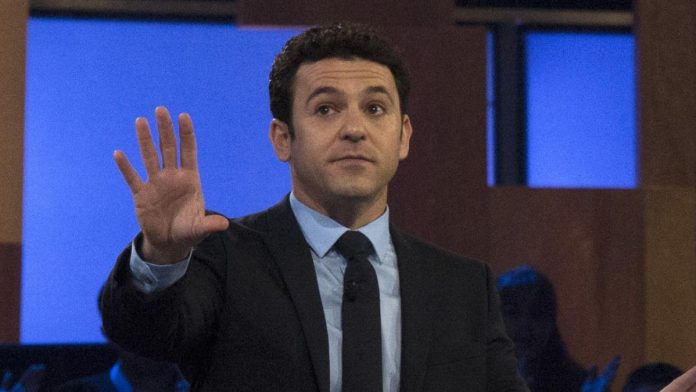 While Abbott Elementary has arguably made more headlines as the bigger freshman comedy success for ABC during the past TV season, the network also celebrated the rebooted return of the ’90s coming-of-age hit The Wonder Years, with West Wing vet Dulé Hill leading this Black-led iteration. Unfortunately, the series caused a stir for reasons beyond its storytelling and ratings, with executive producer and O.G. star Fred Savage being fired for what was, at the time, referred to as “allegations of inappropriate conduct.” Now, some of the alleged details behind the high-profile ousting have been revealed.

The behind-the-scenes spotlight on Fred Savage’s on-set behavior started to take shape back in February 2022, as six female Wonder Years employees officially made a complaint to Disney focusing on his conduct regarding certain women working on the show. According to THR, one of the complainants (who remained anonymous) claimed the company took quick action in starting an investigation while forbidding the former child actor from appearing on set. But after sources claimed Savage was self-reflecting with the support of friends and co-workers, the employees made the decision to go public with their accusations so that others would know specifics that likely wouldn’t come out of a tight-knit in-house investigation.

In particular, Fred Savage was accused of “manipulative” and “controlling” behavior regarding a younger female crew member who’d reportedly moved into the Atlanta house that Savage was living in while The Wonder Years was in production. The younger woman allegedly claimed to colleagues that Savage, who is currently married to Jennifer Savage, bought her gifts and spoke of potential future plans with her, but also that she grew more afraid of him due to anger issues. Coworkers claim that the young crew member’s entire demeanor was changed over time, and that she lost the “bubbly” personality that she exuded before working with Fred Savage.

Another crew member told THR that when she tried to get between Savage and the younger employee, the Friends from College vet verbally insulted and harassed her. She and others shared the opinion that Savage’s eyes would “go dead” whenever he was at his angriest on the set, which supposedly only ever happened with staffers who didn’t have much power behind the scenes. But when it came to actors, producers and others on that level, Savage would allegedly flip right back to being as charismatic as ever.

To that end, Fred Savage allegedly also showed preferential treatment to another younger female crew member, and others noticed to the point where it came up among the official complaints. This particular staffer, who is in her early 30s, told THR that the occasional Conners guest star and director befriended her across several months, with things being largely platonic, despite the claim that he attempted to gift her with expensive items (which she says she declined), and also met her parents. She says she saw him as a brother or cousin, and spoke with him about an emotionally rough break-up that she’d been going through.

At this point, the woman was apparently fired from The Wonder Years without any warning or reason, though she doesn’t currently believe that Fred Savage was the cause for her sudden removal. In December 2021, she was invited to join Savage and others from the show at a bar named Astoria, which the crew regularly frequented, despite no longer working with them. As the woman attempted to go to the restroom that night, Savage allegedly followed her in, pushed her against a wall, and attempted to kiss her while reportedly trying to put her hand on his crotch, all while she was asking him not to. He allegedly stopped his advances after a while, and was very angry about it, and his former employee says she “shoulder checked him” so that she could exit the restroom.

The former Wonder Years crew member says she was not so much fearful of him in those moments as she was pleading for him not to destroy their friendship. After the incident, Savage allegedly left the bar with the previously mentioned younger house mate, but then later reportedly texted the former staffer asking her to come to his house. What’s more, she says he continued to call and text for the next couple of weeks, which led to a few weeks without contact. Finally, he left her a voicemail calling himself her “old friend Fred,” and saying that he was a “huge asshole” and that he was sorry that he disrupted their burgeoning friendliness. The woman says she did not reach back out to him.

Fred Savage, whose sexual harassment allegations on the O.G. series supposedly played into its cancellation, provided the below statement in response to allegations made against him:

Since I was 6 years old, I have worked on hundreds of sets with thousands of people, and have always strived to contribute to an inclusive, safe and supportive work environment. It is devastating to learn that there are co-workers who feel I have fallen short of these goals. While there are some incidents being reported that absolutely did not and could not have happened, any one person who feels hurt or offended by my actions is one person too many. I will work to address and change any behavior that has negatively affected anyone, as nothing in this world is more important to me than being a supportive co-worker, friend, husband, father and person.

At this time, The Wonder Years is still set to move forward with Season 2 on ABC, though it won’t be part of the network’s fall schedule, and will return as a midseason debut. It’s unclear, however, whether there will be any further connective tissue made beyond Season 1’s callback to Winnie’s brother. Head to our 2022 premiere schedule to see what shows will be popping up this fall.

The Last Kingdom: Alexander Dreymon Reveals What We Suspected About Playing...