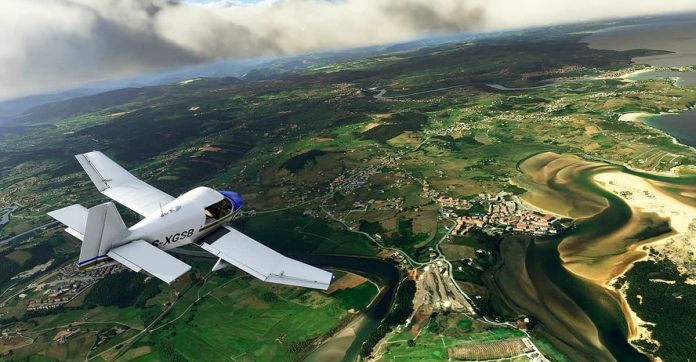 Microsoft Flight Simulator gets better with every update it receives. Its graphics quality makes the simulation stand out. The new update adds a new aircraft, world development (Germany, Austria, Switzerland) and competitive game mode to the simulation.

Microsoft has announced the next major update coming to Flight Simulator this year, including the Volocopter VoloCity air taxi. It has updated the maps for Germany, Austria and Switzerland and will be added to the simulation on September 7.

The update will add planes that are famous and not very well known in a particular region to the simulation. The package containing the planes was called “Local Legends”. One of the planes in the package is the Junkers JU-52 and has a price tag of 14.99 dollars.

Alongside the Junkers JU-52, Microsoft is adding a more futuristic-looking aircraft. Volocopter’s VoloCity air taxi will be added to the game in a major update in November.

A competitive racing mode will be added to the simulation with the update. In this mode, called Stihl National Championship Air Races, you will be able to compete against other players online.

The new racing mode will be completely unrealistic. Jorg Neumann of Microsoft Flight Simulator states that due to agreements with aircraft manufacturers, planes will not have damage animation and skins, instead they will simply disappear.

Castlevania: Season 4 will be the last of the anime on...

Venom 3: Tom Hardy Says He Already Has Ideas For The...