Home Entertainment Nevertheless, The Good And The Bad Of The Ending Of Song Kang’s... 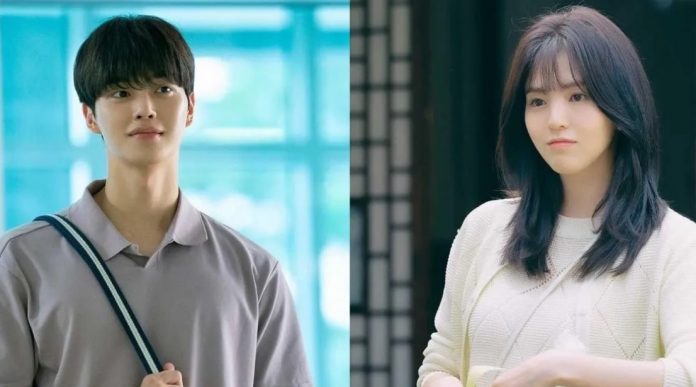 The episodes of Nevertheless finished airing and the finale aroused very diverse opinions. Although there are different perspectives, today we will tell you what impressions the end of Nevertheless left after its broadcast, with which of them do you agree?

When a K-Drama comes to an end, we hope that the characters who stole our hearts in the episodes will have a good ending, but what does that mean? Although we often associate that phrase with a happy ending where we see the couple tracing their path together, overcoming obstacles, and succeeding in everything they set out to do, it actually depends a lot on each story.

Today, it is important to much of the audience that the closing of the story in a drama is not only joyful and hopeful but also realistic, with an important message or learning for the characters.

Now that Nevertheless has come to an end, we have once again witnessed how each one can perceive the stories differently and could also create different expectations for a story of Korean dramas, but the good thing about all this is that we can rescue valuable elements from each perspective.

Here we tell you what was the most criticized of the end of Song Kang’s drama, but also some pros that fans of the series pointed out with the arrival of the last episode.

PROS AND CONS OF THE ENDING OF NEVERTHELESS, A YOUTH ROMANCE DRAMA

One of the strengths of the webtoon is that it was a realistic story and about growth, it is true that throughout the episodes we saw an unstable love relationship and with little certainty about the commitment that the characters wanted or not to acquire.

The message, in that case, was focused on that although everyone can stumble into a harmful love relationship, it is also possible to get out of it, learning and improving so as not to experience the same pain or difficulties once again.

For that reason, many of the followers of this story stated that the reunion of the protagonists and the fact that they resumed the relationship ended that idea that was an important part of the original plot, but hey… we must remember that it is an adaptation.

The ending message for Nevertheless changed and while it wasn’t the closure many expected due to the webtoon’s background, it does convey something important.

In the case of the drama, Na Bi shows that doing what you want is also valuable, you cannot force a person to love another and you cannot force yourself to give up experiences that you want to have. The protagonist of the drama was aware that Do Hyuk was a boy with good feelings and someone who would undoubtedly be there for her, but that did not mean that she could love him.

On the other hand, Na Bi chose to return with Park Jae Uhn but this time it was not like when she met him, they both know that their relationship cannot continue in the same way as it happened before, so they both must work to make things happen. work, which would also represent learning for them.

If now that this story is over you are starting to look for what drama to watch next, we will tell you why Hometown Cha Cha Cha is one of the most anticipated releases.

Why Amy Roloff from LPBW is living her best life in...