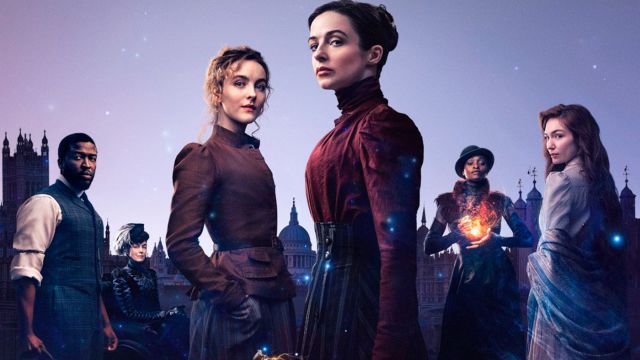 The streaming platform presents the final trailer of the new superheorical series by the director of Avengers and the Justice League of cinemas.

With the recent launch of Zack Snyder’s Justice League on HBO and its good reception from critics and the public, the streaming platform launches another superhero product, curiously, by the director of the Justice League of cinemas, Joss Whedon . So much so, that the filmmaker also responsible for the first two installments of Avengers for Marvel Studios presents The Nevers, a new series of Victorian superheroines that arrives on HBO Spain on April 12. And to celebrate the announcement, those responsible have shared their final trailer.

Premiere on HBO Spain on April 12

And it is that Joss Whedon himself was the great claim of an ambitious new series of superheroines, this time, with a Victorian setting with a lot of personality and that is completely different from many other similar adaptations. Of course, after the director’s controversy with Warner Bros. and actor Ray Fisher (Cyborg), his participation in the promotion of the series has been considerably reduced.

So much so, that Whedon himself abandoned the production of the series while it was being filmed because he felt exhausted by everything that had happened, something that led those responsible for him to replace the director with Philippa Goslett; Joss Whedon was the scriptwriter, director, executive producer and showrunner of the series, or what is the same, a totally personal product.

Be that as it may, The Nevers finally opens this April through a story that takes us to a Victorian London of 1896 and in which a supernatural event causes several people, mostly women, to acquire superpowers; However, dark forces will appear that will try to destroy these very special human beings.

10 movies that the audience wants to see the most