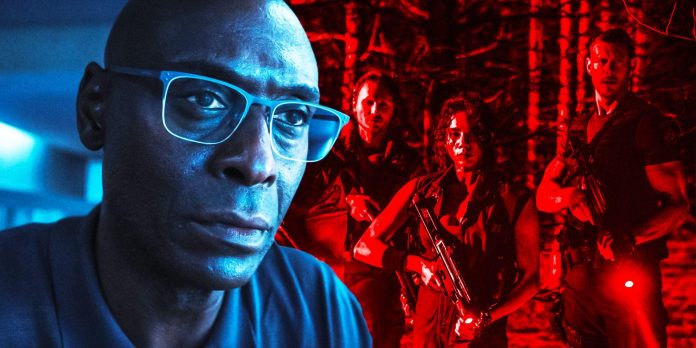 Netflix’s Resident Evil has been met with mostly negative reviews, but here’s why a soft reboot could save the second season. Between Netflix’s Resident Evil series and seven theatrical films, many attempts have been made to bring the video game saga to life. However, with the exception of Resident Evil: Welcome To Raccoon City 2021, which adapted the first two parts of the game, these attempts largely ignored the source material.

Milla Jovovich’s Resident Evil films were centered around the original main character named Alice, and although various monsters and characters from the games appeared, the films went their own way. The same can be said about the Netflix series Resident Evil, which is partly a teen drama, partly a post-apocalyptic action movie. While the showrunners confirmed that video games make up the backstory of the show, it just turned into Easter eggs and callbacks that, apart from explaining how Lance Reddick’s Wesker didn’t suddenly die, had little tangible connection to games.

Related: Netflix’s Resident Evil and the 2021 Reboot End with the Same Sequel

The show seems to have been a success for Netflix, as it made the top ten in over 92 countries. However, the overall critical consensus was poor, and its ratings on both Rotten Tomatoes and IMDb were quite low. Despite the hate that Resident Evil received from Netflix, theoretically the approach it used to adapt the games could have worked. The franchise has existed for more than 25 years, and therefore there is a lot of knowledge in it, so it is logical to give newcomers the opportunity to introduce them to the world of Resident Evil, as well as pay tribute to the games. Unfortunately, tonal issues, bad dialogue, and unpleasant main characters were issues that plagued the first season, and if the show continues, pressing the reset button may be the best option.

Netflix’s Resident Evil concluded its first season with teen versions of Jade and Billy Wesker going in search of Ada Wong, a spy character from the games. This suggests that further use of the source material is planned for the second season, while Lady Dimitrescu from Resident Evil: Village was advertised as a possible villain. The show could use Ada’s introduction as an excuse to just adapt the games instead, perhaps showing the fall of Raccoon City in 1998 from her point of view, while at the same time attracting more fan favorites like Leon Kennedy or Claire Redfield. Instead of verbally speaking about the material from which it is taken, Resident Evil from Netflix can rely on its rich history.

The main problem with “Welcome to Raccoon City” is that the film tried to cram too many characters and storylines into a 100-minute duration. An eight-part series would have served much better, and Netflix’s Resident Evil could easily have done it. The series does not need to completely abandon the Wesker family drama or the events of the first season, but in order to return the audience burned by its first series, it would be nice for the series if it really looked like the series “Resident Evil”. Time will tell if Resident Evil will get a second series from Netflix, but if it wants to survive after that, some course correction is required.

The open world of Diablo 4 expands the title