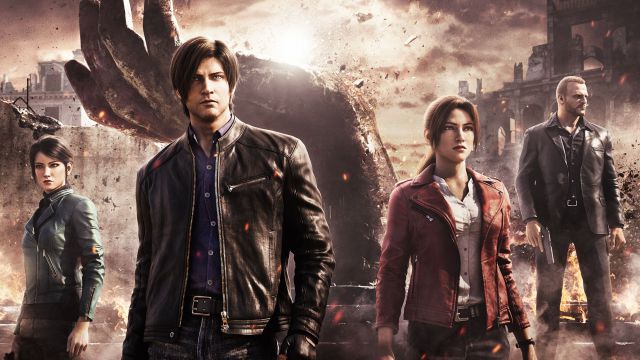 Resident Evil: Infinite Darkness is practically here. Netflix will add to its catalog the new animated series based on the famous Capcom saga this July 8 around the world, a CGI adventure where we will put ourselves in the shoes of two faces known to all fans of this survival horror saga as They are Leon S. Kennedy and Claire Redfield. We tell you how many chapters it has next to one of its main trailers.

This July 8, Resident Evil: Infinite Darkness will arrive on Netflix with a total of four episodes. All four can be seen from this Thursday, so we will not have to wait a week for each new chapter, as it does in other productions.

This time, the CGI production created by Tokyo Movie Shinsha Entertainment and Quebico (in 3D animation; as happened in Resident Evil: Vendetta, released in 2017) together with Capcom and CGIDesam has the direction of Eiichiro Hasumi, who will narrate this terrifying journey that is part of the official canon of the Resident Evil saga. Hiroyuki Kobayashi, for his part, is the producer of the Resident Evil series and has been in charge of captaining the supervision of each of the chapters of Infinite Darkness.

“When biohazards are released, only a couple of veteran zombie hunters can get the job done. Resident Evil: Infinite Darkness is a new original series framed in the canon of Capcom’s classic survival horror saga, ”Capcom said on the occasion of the announcement.

Regarding the synopsis of the series, in the presentation trailer we saw a Leon S. Kennedy dressed in a suit as he arrives at the White House in a helicopter. He has apparently been called after unauthorized access to the files of the presidency was detected. Leon will arrive at the place and enter inside. Claire Redfield will appear and ask you to consult a drawing made by a young man. What will be happening? Suddenly, the power will go out and the White House will be plunged into chaos: an attack ends with the president in a bunker. Zombies, shooting, action and frenzy. A fight for survival.