Home Celebrity Netflix’s New Youth TV Series I Am Not Okay With This Premiere... 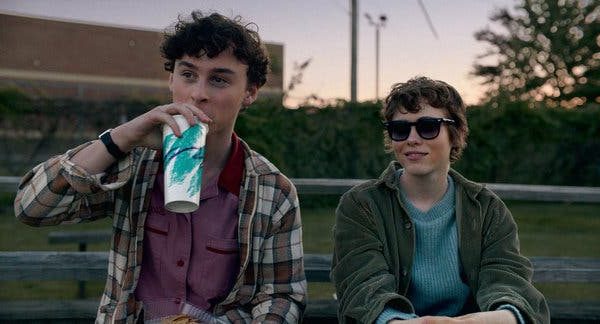 A new youth series called ‘I Am Not Okay With This’ has taken its place on the Netflix platform today. In addition to the season of 8 episodes, a 7-minute long preview video was added to YouTube. You can get more information about the series from our news, but let us warn: our news contains the detailed topic of the series and if you do not want to learn anything, you have to read it carefully.

Netflix has added a new one to its youth series. While dealing with the problems of adolescence, a 17-year-old girl also discovered strange features about herself. recently took its place on the platform.

Signed by the producers of Stranger Things and the director of The End of the F *** ing World, ‘I Am Not Okay With This’ has been added to Netflix with a 7-minute YouTube preview. Adapted from the script of the same name by Charles S. Forsman, the series has already attracted those who are looking for a short series to spend time with.

Number of players and episodes
The actors of the series include names such as Sophia Lillis, Kathleen Rose Perkins, Sofia Bryant, Wyatt Oleff, Richard Ellis and Aidan Wojtak-Hissong. Sophia Lillis, who starred in the series, plays 17-year-old Sydney. There are 8 episodes in the first season published. The duration of the episodes is not too long. The longest episode has a 28-minute duration, while the shortest episode has a 19-minute duration, making it ideal for being an easy-to-watch youth series.

Topic of series
The subject of the series is briefly as follows: Sydney is a 17-year-old girl who continues her life with various new difficulties after she tragically lost her father early. While in high school, Sydney copes with some of the adolescence’s troubles while at the same time realizing some oddities about herself. The young girl, who is generally introverted and does not like her peers, discovers that she may have some telekinetic skills by chance. Also, while dealing with these challenges, the person who is with Sydney is Dina, who is usually her best friend.

‘I Am Not Okay With This’ is currently available on Netlix. Since the series is new, there is no information about another season. You can watch the preview of the series published today from the video below.

Here is the 7-minute preview of ‘I Am Not Okay With This’: