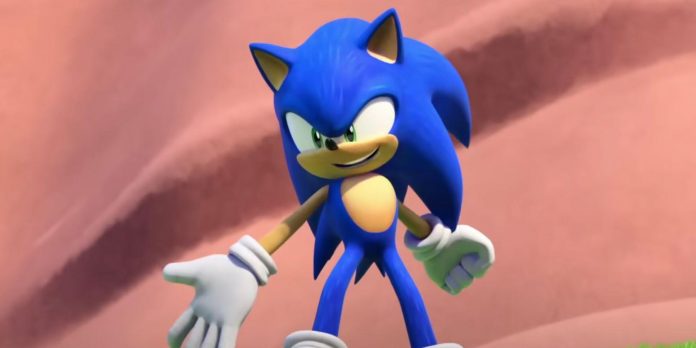 Netflix has released a new Sonic Prime trailer offering a quick preview of the animated series and confirming the release window at the end of 2022.

The prospect of a new Sonic the Hedgehog series was first hinted at by Netflix in December 2020. A photo was posted on one of the streamer’s Twitter accounts along with the announcement of the new 3D animated series Sonic the Hedgehog, but the image was subsequently deleted, leaving fans wondering if such a project is really in development.

About two months later, Netflix confirmed that the new animated series Sonic the Hedgehog will indeed appear on the streamer with the co-production of Sega, Netflix Animation, WildBrain and Man of Action Entertainment. Now, more than a year after the official announcement, Netflix and Sega have released an official teaser trailer for Sonic Prime, and it promises that Blue Speedster will “destroy your world.” Although the exact release date was not announced in the teaser trailer, Netflix has provided a release window in the winter of 2022, which means that Sonic Prime will most likely appear on the streamer in December or possibly November.

The teaser trailer for Sonic Prime, which lasts only 40 seconds, doesn’t offer much plot information, but it has familiar locations and characters that will certainly delight fans of the video game franchise. When Sonic runs through the Green Hill area, his paths intersect with Shadow the hedgehog, which leads to a race between rivals, which ends with a showdown. Of course, Sonic’s nemesis, Dr. Eggman, appears, prompting the speedster to declare, “You do it, and I break it, Eggman.” This enrages Eggman, who continues to fight Sonic in a giant robot suit.

Sonic Prime is not the first Sega character series to hit television, but past speedster shows have produced mixed results. While Sonic Prime is clearly aimed at a younger audience, it seems to capture the magic that made the original video games so popular from the start.

One of the key components that won’t be featured in Sonic Prime is Tails’ voice actress Colleen O’Shaughnessy, who has voiced the character in several related projects, including two feature films starring Ben Schwartz as the voice of Sonic. However, the teaser trailer suggests that Sonic Prime will have more than enough characters from the franchise to please, regardless of who is voicing them.

Sonic Prime will be released on Netflix in the winter of 2022.