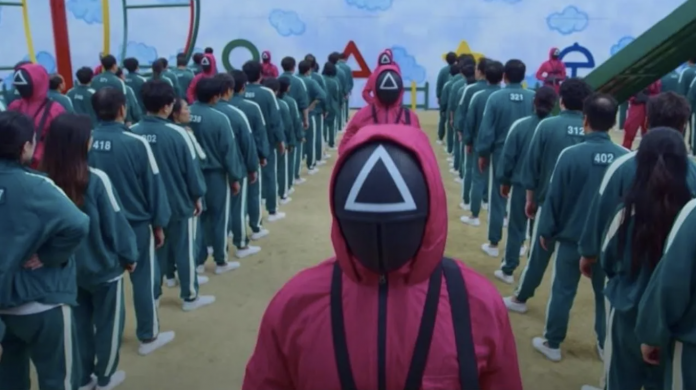 Launched on Netflix last September, Squid Game has increased its cultural and commercial impact all over the world. He sets the trends now!

South Korean production Squid Game, whose first season was released on Netflix last month, continues to make a name for itself all over the world. A group of 456 people from all parts of Korea are forced to play a series of children’s games. Contestants who want to receive the 45.6 billion Won (38.7 million USD) prize must risk their lives for this cause.

Squid Game, which ranked first in the most watched list all over the world, also greatly affected the real-life sales of the materials in the series. For example, the sales amount of even the green and white sweatpants in the TV series increased by 7,800 percent, almost 80 times. Yong-hui, a Seoul street vendor who makes the candy biscuits featured in the drama, said that at 11am, fans of the drama started queuing up and sales increased two and a half times.

The series captured the most-watched record, surpassing Netflix’s popular productions Bridgerton and Lupin. Although only 3 weeks have passed since its release, it managed to sit on the top in 90 countries. According to the news of the South China Morning Post, the famous Korean production is also very popular in China. However, since the platform is banned by the state, only pirated copies are watched. The producer company announced that they have opened a website inspired by the series and selling materials used in the series, such as t-shirts and hoodies, and that this initiative is still in the testing phase. He expects merchandising to both generate additional revenue and lead to an acceleration in subscriber growth.

The American production company has invested close to $700 million in films and television shows in South Korea since 2015. Netflix, which has introduced nearly 80 Korean series and movies on its platform in the past 5 years, has been waiting for the seeds it planted for a long time to bear fruit.

Thanks to K-Pop and fan groups that have been on the rise for a few years in the US, the viewership of Korean dramas has also doubled in the last 2 years. “Viewers from all over the world are falling in love with Korean stories, artists, and culture,” said Minyoung Kim, Vice President of Content for Netflix Korea. The platform is expected to increase its investments to 500 million dollars this year.