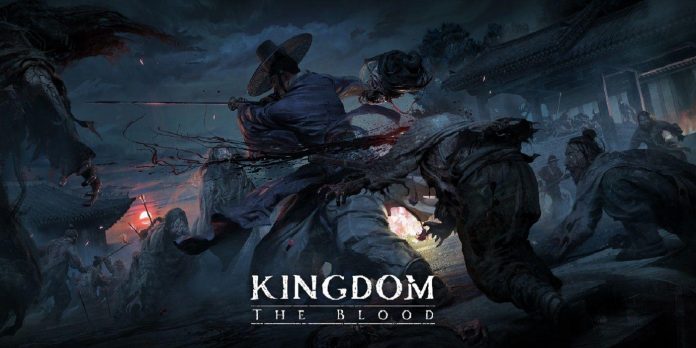 The first official gameplay trailer for Kingdom has been released: The Blood, showing smooth battles and graphic encounters with zombies. The game, based on the popular Korean horror series Netflix Kingdom, was first announced last year and will follow the main story shown in the TV episodes. Kingdom: The Blood is a unique interpretation of zombie horror, which takes place in a fictional historical setting inspired by Korea.

The story of Kingdom is a dark thriller about the Crown Prince of Joseon, Lee Chan, trying to discover a mysterious plague that has engulfed his kingdom. The action takes place in a fictional world of the 16th century, inspired by Korean history. This story combines elements of action and horror, creating a dynamic and heartbreaking story. Kingdom currently has two full seasons, as well as an additional special edition, and those who enjoyed a fresh take on the zombie story will probably be happy to see a sequel in the upcoming Kingdom game.: The Blood.

Posted by Action Square on YouTube is the first Kingdom gameplay trailer: The Blood was shown. The footage shows the customizable protagonist exploring a stunning realistic world and engaging in dynamic real-time battles. In the battles shown, the main character fights with a living person who was once killed, rises again in the form of a zombie. The trailer also shows numerous locations that will be available throughout the game, each of which offers remarkable detail and lighting, perfect for elements of horror and thriller storytelling.

Although the release window is Kingdom: The Blood is currently unknown, new information about the gameplay has appeared along with the trailer. Players will be able to participate in the story mode, following the main narrative of the Kingdom, as well as in the conquest mode and PvP combat options. The conquest mode will consist of intense five-minute combat stages, offering players a variety of options to explore. Kingdom: The Blood also takes important steps to respect Korean culture and the historical elements used in the story, providing a quality experience that is both accurate and immersive. Motion capture was also used in the development of the combat aspects of the game. the game creates amazingly graceful and smooth movements when the game character makes his way through hordes of undead.

Currently Kingdom: The Blood is planned for mobile and PC platforms as soon as it is ready for release, offering players several different ways to join the game. It is likely that the name of the zombie horror is perfect for fans of Resident Evil, Back 4 Blood., or The Last of Us, with its dynamic action and exciting plot. Let’s hope that more information about Kingdom will appear in the near future: The Blood, which will potentially give fans the opportunity to wait for the release.

Spider-Man Fanart — A tribute to EVERY Spider-villain