Home Entertainment Netflix’s Arcane: What League Of Legends Characters Appear In The Series? 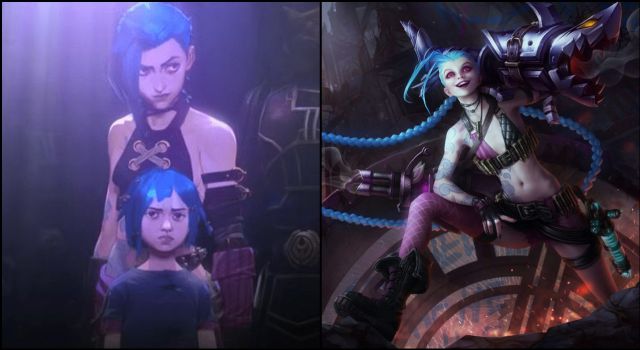 Arcane: We review the characters from the Riot Games series, Arcane (already on Netflix), which we know from League of Legends as Jinx, Vi and company. Arcane, the new Netflix series with Riot Games, has had a great premiere with its first act. Its first three episodes are already available for free and throughout this month of November we will receive the others until the first season of this series based on the League of Legends universe is complete with 9 chapters. In order to review the characters of the game that appear in the adaptation to the small screen (or to discover who they are if we have not played it) then we will tell you in detail.

One of the protagonists of the story that concerns us. Named Powder and with the innocence of her own from her young age, this young woman still retains the sanity that the adult version of her lacks. Renowned for her blue hair and her inventions in the form of bombs and other gadgets, Vi’s sister is a favorite of many players.

Armed with giant mechanical fists, this young woman with short pink hair is Jinx’s older sister. In the first chapters of Arcane we see her lead a small band of thieves, fight with whoever she is in front of her and do what is necessary to protect her loved ones. Loyal, strong and determined, this is Vi.

The young woman is part of a wealthy family in Piltover and despite the fact that in the first three episodes she does not have a very decisive role, we do not doubt that the rest of Arcane has more than one surprise in store for us that explains how this nobleman becomes a warrior armed with a sniper rifle that never misses.

A great little scientific genius very recognizable both by his looks and his intellect. Able to turn any gadget into an amazing creation, the master is part of the Piltover Academy and oversees the technological and scientific progress of the city.