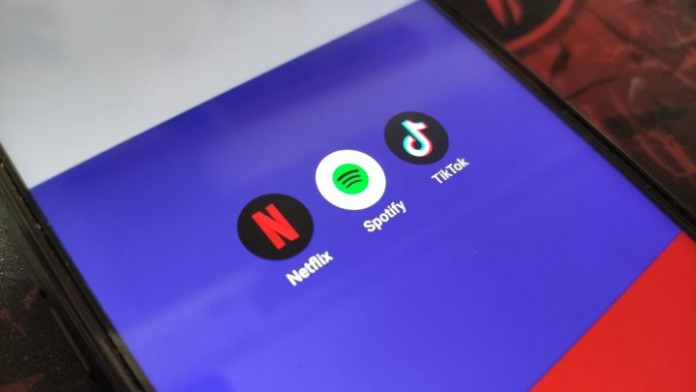 Netflix: The war in Ukraine is still on everyone’s lips, and it is not for less. There are many changes that are taking place in Europe, but in Russia there are also changes at the socioeconomic level. One of them is the mass departure of multiple foreign companies to Russia, of which Netflix, TikTok and Spotify have already ceased to function in the Soviet country.

For many, the 2020s have started very badly, and it is not for less. For a whole year the world has been almost completely paralyzed by a pandemic, there has been a very bumpy change in the American government with the departure of Donald Trump and, now, in Europe a major war is being waged in Ukraine.

We have been in conflict for two weeks and, unfortunately, everything indicates that the attacks on the country with its capital in Kiev will continue with an increase in intensity. But Russia is not going unpunished in the face of its attempt to conquer by force and many companies have already closed their physical stores throughout the country as well as their online sales service.

And it is on the Internet that some services continue to operate today, until in the case of Netflix, TikTok and Spotify no longer work in Russia. Each case is different, so it is worth taking a look at them one by one.

The VOD service is one of those that has punished the Kremlin the most. On the one hand, Netflix has canceled the recording of two of its series such as Zato and Anna K. But this is not the only decision that the company itself has proposed. On the other hand, it will not obey the terms of the new Russian Audiovisual Law, which would force the platform to include channels linked to the Russian state such as Russia Today or the official channel of the Orthodox Church.

The music app has also taken action against Russia in the wake of its invasion of Ukraine. For its part, its offices in the Russian capital have closed and users will also not enjoy the benefits offered by the Premium plan. However, the application will continue to be active although, as Netflix does, it will not broadcast the contents of Sputnik News or Russia Today. In fact, it will delete them from the platform.

TikTok closes all its services

As a result of the arrival of a new fake news law, TikTok has decided that the best option in these cases is to cease its services. And it is that this new legislation puts in the spotlight all applications that can damage the image of the Putin government.

In a statement they have confirmed that “we have no other option but to suspend the direct and new content of our video service in Russia while we review the implications of this law for security”, implications that reach no less than 15 years of existence. prison for the accused.

Of course, the Chinese company has confirmed that its messaging function will continue to work for users to communicate with each other.

How to translate a text by taking a photo of it?