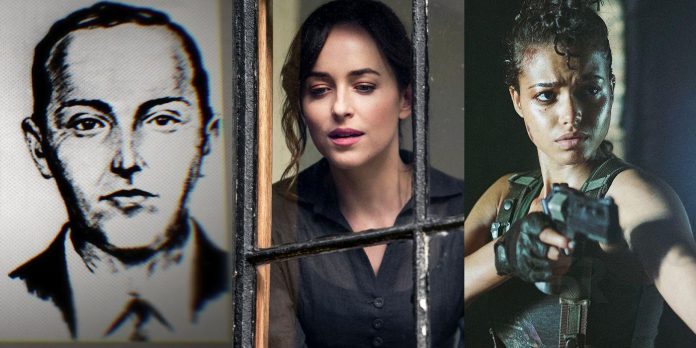 This weekend, Netflix is presenting a documentary series about the Big secret, a series based on the famous video game series, and a new film adaptation of the Jane Austen novel. After a recent dispute over the massive loss of subscribers, the content of some comedy releases and more, Netflix got rid of all this and continues its release schedule as usual. Thus, Netflix continues to add new licensed and original content every week, and this weekend there will be games from different genres.
Last weekend, the streaming giant presented the drama “Leave no Trace”, the 1st season of the reality show “The Mystery of the Skinwalker Ranch”, the 1st season of the documentary series “Attack on Pearl Harbor: Minute by Minute”, the 8th season of “Flash”, the first season of the anime series “Saga of Vinland” and the historical drama “12 strong”, as well as the documentary “The Girl in the frame”, the drama “Hello, goodbye and everything in between”, the comedy mini-series “Bitch Boo”, the animated film “Sea Beast”. As for licensed content, this weekend Netflix will add the film “Chips”, the Portuguese documentaries “Desterro”, “Soa” and “Metamorphoses of Birds”, the fifth season of LEGO Ninjago, the fantasy film “Pan”, the film adaptation of Uncharted and the horror film Umma.
Related: The True Story of the Girl in the Picture: What the Netflix Documentary Is Missing
As for the original content, the streaming giant welcomes a documentary series about the mystery of D.B. Cooper, a new adaptation of Resident Evil and a new film adaptation of the Jane Austen classic starring Dakota Johnson. Here are the best movies and TV series that will be released on Netflix this weekend — July 15.

This weekend, the Netflix documentary catalog continues to expand with the addition of D.B. Cooper: Where Are You?!. This documentary series chronicles the 50-year search for a mysterious man who hijacked a Northwest Airlines passenger plane in November 1971 and absconded with $200,000 and was never seen again. Five decades later, with little evidence and too many suspects, the identity of terrorist D.B. Cooper remains one of the greatest mysteries of the 20th century.

Resident Evil is an action—horror television series based on the famous video game series of the same name, which takes place in its own universe, but the storyline of the game series is used as a backstory. Set in 2036, 14 years after Joy’s spread brought so much pain, Jade Wesker (Ella Balinska) struggles to survive in a world overrun by bloodthirsty infected and crushing creatures. Living in this nightmarish, absolute carnage wasn’t enough, Jade is haunted by her past in New Raccoon City, her father’s chilling ties to the sinister Umbrella Corporation and what happened to her sister Billie (Adeline Rudolph). Paola Nunez, Mfo Osei Tutu, Anthony Oseiemi, Marisa Drummond and Lea Vivier also starred in Resident Evil.

Persuasion is a drama film directed by Carrie Cracknell, based on the novel of the same name by Jane Austen. Living with her snobbish family on the verge of bankruptcy, Ann Elliott (Dakota Johnson) is an unconformist woman with modern feelings, but when Frederick Wentworth (Cosmo Jarvis), the dashing one she missed, returns to her life, Ann must choose between leaving the past behind or listening to her heart when it comes to it comes to the second chance. Also starring: Henry Golding, Richard E. Grant, Nikki Amuka-Bird, Suki Waterhouse and Ben Bailey.