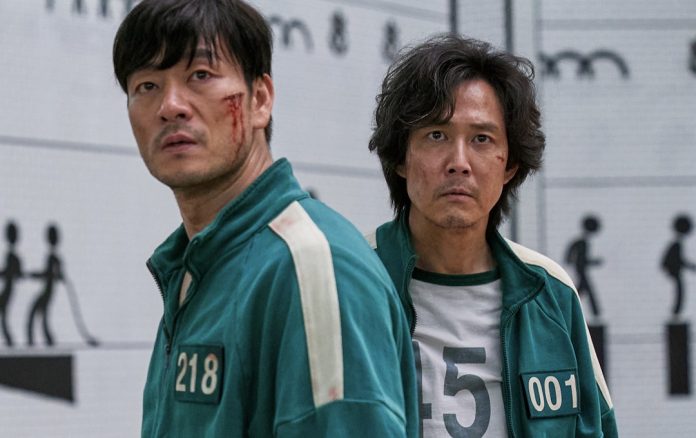 Netflix shared a previously unseen clip from the first season of the Squid Game at the TUDUM preview event today (September 24).

The streaming platform is sharing first glimpses of some of its upcoming programs around the world, starting with a section dedicated to its Korean list.

At the end of the Korean segment, Squid Game director Hwang Dong Hyuk appeared in a video message. “I would like to once again thank all Netflix fans around the world for loving Squid Game,” he said. “Please look forward to the second season, which will be filled with brand new stories.

In the meantime, I have prepared a small gift for fans waiting for the second season of Squid Game. Let’s take a look.”

The clip then showed a man carrying goldfish in a bag of water walking down a corridor and entering a room. After pouring the fish in the aquarium, the man’s face was seen staring at them, which reportedly revealed the identity of the mysterious Frontman. Outside the building, another figure was staring intently out the window. Watch the clip above right now.

This is an important story that will be updated

The Netflix post shares a previously unseen clip from the first season of “Squid Game”, which first appeared on NME.

Zayn Malik offers 12,000 euros for a child with cancer!