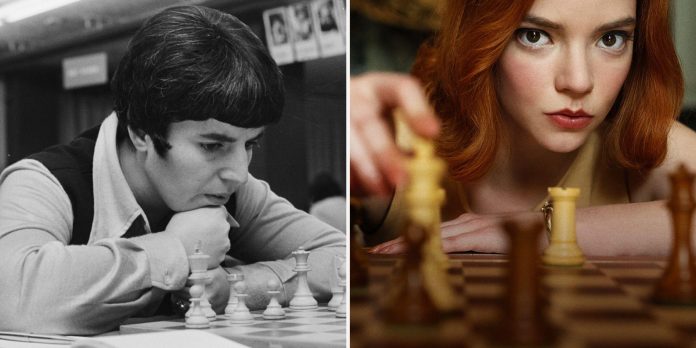 Netflix has stopped the lawsuits started by Nona Gaprindashvili almost a year ago, having reached a settlement agreement on a libel lawsuit brought in connection with their popular mini-series “Queen’s Gambit”.

According to The New York Times, Gaprindashvili’s lawyers have filed documents with the federal court, according to which the $5 million lawsuit will be closed on unknown terms after the former chess champion said that the Netflix series “Queen’s Gambit” falsely portrays her legacy. In the final episode of The Royal Gambit, the main character of the fictional series Beth Harmon is mentioned as the first female player to play with male chess champions, up to the name of Gaprindashvili, but omitting the fact that the Georgian grandmaster actually played against the strongest men several times. times, including before the events during which the series took place.

Quoting another great champion from the 2020 Netflix hit, Gaprindashvili took it personally. Gaprindashvili called this moment an “insulting experience”, which downplayed the very achievements that the “Queen’s Gambit” sought to emphasize. Although no additional information was reported to the media, Gaprindashvili’s lawyer, Alexander Rufus-Isaacs, simply expressed satisfaction that the issue was fully resolved and completed, although Netflix still has similar unfinished business related to some of its dramas based on real events.

Gaprindashvili was born on the territory of Georgia in the former Soviet Union, grew up and became a famous player in women’s competitions and gained fame in the world of chess, competing with men back in 1963. She even became the first woman to receive the title. grandmaster in 1978. In “The Queen’s Gambit” with Anya Taylor-Joy as Beth Harmon, the controversial line is missing in the 1968 chess game against the fictional Soviet player Vasily Borgov.

Borgov’s creation was largely inspired by Russian chess legend Boris Spassky, while Harmon was more of a mix of several women with impressive playing careers, including Gaprindashvili, so it’s nice to see that amendments have been made to the former grandmaster. Suffice it to say that the “Queen’s Gambit” was an absolute phenomenon at the beginning of the pandemic, easily becoming one of the most watched Netflix series, as well as fueling a new interest in chess, especially among gamers on platforms such as Twitch.

With the Royal Gambit case pending, Netflix still has a new lawsuit related to the alleged libel in “Anna’s Invention,” as well as the documentary “Jeffrey Epstein: Dirty Rich,” which tracks the steps of the disgraced and convicted sex offender.

The remake of GoldenEye 007 has reportedly stalled due to the...