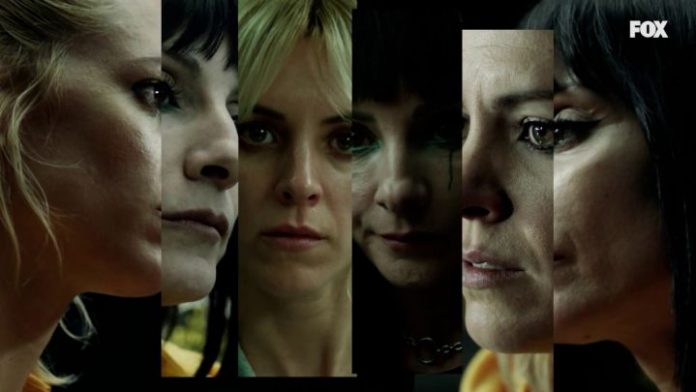 We started April and with it four weeks of new releases on VOD platforms. We are going to review those of Netflix, which has everything and for everyone: In series we find La Serpiente, based on real events about a murderer who was always after tourists on the famous South Asian hippie route in the decade of the 70s of the 20th century. And something else about the crime with From Yakuza to Housemaster, in which a former crime boss from the Japanese Yakuza must recycle himself into a householder.

We also have Dad, cut yourself a little! in which Jamie Foxx as a single father who owns a cosmetics company clashes head-on with fatherhood when his teenage daughter moves in with him. The second season of the series about the famous Mexican singer Luis Miguel, or Vis a Vis: El Oasis, a spin off of the successful series that focuses on some of his most prominent characters and serves as the culmination of the series. Or the fourth season of Fast & Furious: Spies at full throttle, a version of the saga that is also canon and aimed at the most childish audience.

And also in the Spanish fiction El Inocente, based on the novel by Harlan Coben in which the protagonist, Mateo, becomes a murderer by intervening in a fight. 9 years later, he is an ex-convict who takes nothing for granted and to whom one call will change his reality.

Already entering the films we begin with Netflix premieres with prominent protagonists such as Asphalt Cowboy, about the community of colored cowboys in Philadelphia that stars Idris Elba -Thor, Prometheus, Hobbs & Shaw; Thunder Patrol, in which two childhood friends become superheroes when one of them discovers a formula that gives normal people special powers, starring Melissa McCarthy and Octavia Spencer.

Of Love and Monsters, in which a young man in love traverses 80 miles to reach his girlfriend after the world has plunged into a monster apocalypse. And Stowaway, in which an engineer is seen as a ‘stowaway’ by mistake on a nonstop flight to Mars, starring Anna Kendrick -Pitch Perfect.

The clothes that marked us, season 1

The taste of margaritas, season 2

6 of April
The last geeks in the world: Happy apocalypse!

April 8
From Yakuza to householder

Warrior Souls: Season of the Birds

The life of David Gale

Fear and loathing in Las Vegas

April 3
Dora and the lost city

Have you ever seen fireflies?

April 12th
I leave it when I want

Nezha: The rebirth of a god

April 14th
Of love and monsters

With you to death

The third in contention

Into the Beat – Your heart dances

Many children, a monkey and a castle

April 29
The appearance of things

April 30th
The Mitchells against the machines

It doesn’t say there is an accident at Zoom! So what...