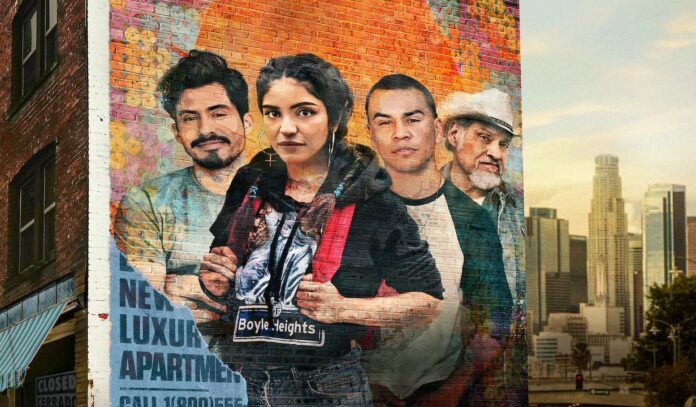 Netflix has commissioned a second season of eight episodes of its US Latino series. ‘Gentefied’ by Marvin Lemus and Linda Yvette Chávez, the duo behind Sundance’s acclaimed ‘Gente-fied: The Digital Series’, the origin of the platform’s new comedy.

The consequences of gentrification
To celebrate the renewal, the cast and creators of ‘Gentefied’ will gather for a live, virtual tabletop reading, hosted by George Lopez, on Wednesday May 20 on Netflix on YouTube. They will raise awareness about the Pastoral Project, a non-profit organization in Boyle Heights that is addressing the impacts of COVID-19 on the low-income families and residents who serve in the Boyle Heights community, featured in the series.

Created by first-generation Chicano screenwriters Lemus and Chávez, ‘Gentefied’ is a half-hour drama that adapted the digital series of the same name. Described as a bilingual series about family, community, love, and racial displacement due to altering everything, ‘Gentefied’ follows three Mexican-American cousins ​​struggling to pursue the American dream, even as that same dream threatens the things they appreciate most: their neighborhood, their immigrant grandfather, and the family taco store.

Set in a new, fast-changing Los Angeles, this Spanglish drama navigates important themes like identity, class, and the balance between fame and meme translation for her parents. But most importantly, ‘Gentefied’ decides once and for all how to pronounce Latinx in the United States. It is starred by Karrie Martin, JJ Soria, Carlos Santos and Joaquín Cosio and Lemus and Chávez themselves are executive producers alongside Charles D. King of Macro, America Ferrera of Take Fountain, Teri Weinberg of Yellow Brick Road, Kim Roth and Aaliyah Williams.