Home Celebrity Netflix has released the first trailer of the second season of After... 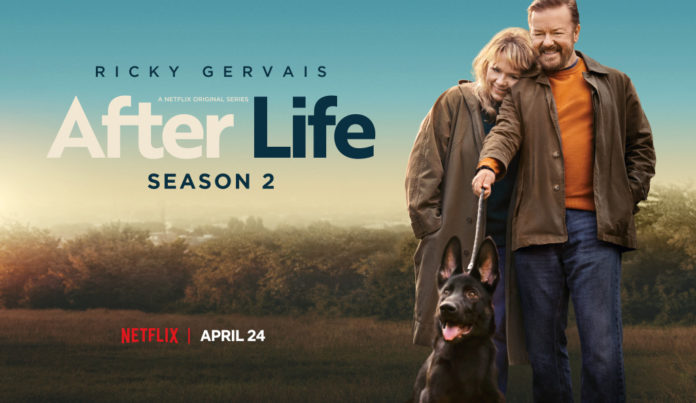 The first trailer of the second season of Netflix series After Life, which was created by Ricky Gervais and played the leading role, was released. In the second season of six episodes, Tony continues to mourn his lost wife, but tries to develop better relationships with people she is close to.

The first trailer of the second season of Netflix series After Life, which starred Ricky Gervais, was released. In the new season of six episodes, the main character of the series, Tony, continues to mourn his wife Lisa (Kerry Godliman) who lost his life, while trying to establish better relationships with those who are close to him. After Life; It talks about the new life that middle-aged journalist Tony started when his wife Lisa died of cancer.

Thinking of committing suicide after the death of his wife, Tony decided to give up on it and decided to do everything he liked from that moment and met strange people during his adventures. The second season of the series, which started last year, is April 24.

Subject of After Life:
Finding the reactions of the first season as quite positive and satisfying, Ricky Gervais said that he had never encountered such reactions before, so he had to work harder to make the second season better. Noting that he fell in love with the characters in the series, the famous comedian states that he also has an idea of ​​where the story will go. It is stated that all of the characters we are familiar with from the first season will take place in the second season. Of course, Julian who died in the first season will not be in the new season.

In addition to Ricky Gervais, the cast includes After, such as Kerry Godliman, Tom Basden, Tony Way, David Bradley and Ashley Jensen. In addition to screenwriting, the director is directed by Ricky Gervais and produced by Charlie Hanson with Gervais. The production is signed by Derek Productions.

The first trailer of the second season of After Life by Netflix:

Tomorrow belongs to us: Clémentine faces a discovery!