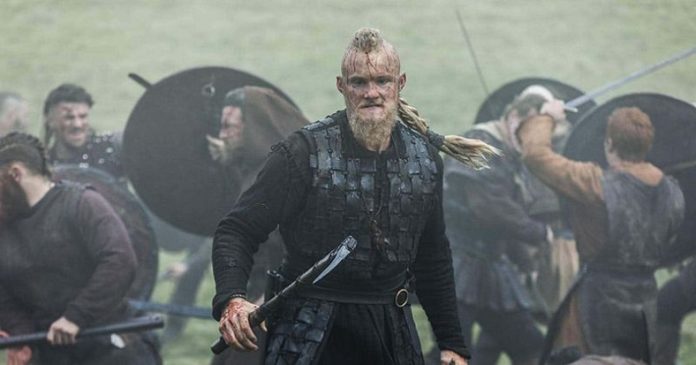 Broadcast giant Netflix announces a new sequel to the History Channel’s popular series Vikings. The new series ‘Vikings: Valhalla’ will bring the legend back to the audience with 24 episodes.

Vikings, which is one of the most popular period series in the world, will meet with the audience in 2013 for the first time and will make a final with the anticipated 6th season, will return with a new series. ‘Vikings: Valhalla’, a new series of 24 episodes will be screened with Netflix.

Netflix announces that Vikings: Valhalla will be the sequel to the Vikings series, written and produced by Michael Hirst. Although the new series will be made up of 24 chapters, it is not yet clear whether they will be offered in 12 episodes or at one time.

Vikings: Valhalla will pass 100 years after the previous series aired on History, and will feature the most famous Vikings in history, such as Leif Erikson, Freydis, Harald Harada and King William of Normandy. This time the Viking warriors will fight to survive in ever-changing and evolving Europe.

Vikings: The screenwriter for Valhalla and the person responsible for the series was Jeb Stuart, who previously wrote the screenplays for iconic films such as The Fugitive and Die Hard. MGM TV, which Hirst is in agreement with, will undertake the project. Most of the history’s Vikings team will return with the new series and the shootings will take place in Ireland.

Hirst said, “I am very excited to announce the continuation of the Vikings epic. I believe that the belief that MGM and Netflix show to our series will excite millions of fans around the world. A truly wonderful writer, Jeb Stuart is a powerful story with some of the most famous Vikings in history. point of view. ” expressed excitement in the words.

The 6th and final season of Vikings will begin on December 4, 2019 on the History Channel. Vikings: There is no explanation about when Valhalla will come to the screens.