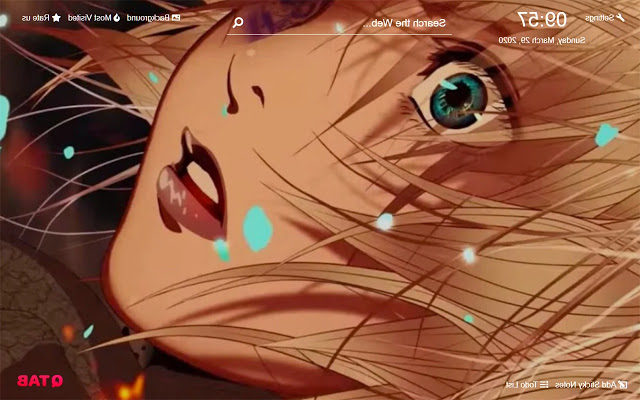 Netflix, the digital streaming platform that has significantly increased the number of anime content over the past few years, has partnered with Japanese anime studio Production IG to make the world’s first hand-drawn 4K HDR animation movie. The anime named Sol Levante will meet with the audience on April 2.

Netflix, which is mostly known for its films, series and documentary productions, actually has a very large anime catalog. The U.S. company, which introduced many animations such as Rilakkuma and Kaoru, Neon Genesis Evangelion, Ultraman, and 7seeds in the past year, bought the broadcast rights for 21 feature animations from Japanese film studio Studio Ghibli earlier this year.

Being aware of the popularity of the anime genre that has gained worldwide in the last few years, Netflix has undersigned another very important move. The company announced that it has partnered with Japanese animation studio Production IG to make the world’s first hand-drawn 4K HDR animation Sol Levante.

Deciding to implement HDR, the high dynamic range technique, to deliver a more attractive visual experience, Netflix will achieve something that has not been tried before by increasing the resolution to 4K. Akira Saitoh, director of Sol Levante, said that they have been working on this project for two years and have implemented an unprecedented innovation for the anime world.

Meaning ‘Rising Sun’ in Italian, Sol Levante follows an adventurous journey of a young warrior and his family. The production, which promises to offer an enormous visual feast to the audience, will take its place in the Netflix library on April 2, 2020.

You can watch the video about the production of Sol Levante below.

Concept Created For Widget Feature That Said To Be In iOS...

‘Quiz’: a great miniseries about the biggest scandal in the history...

The first petabyte hard drive will be very fragile

Analysis of a router that allocates the network equally

Countdown Begins For The World’s Most Powerful Quantum Computer