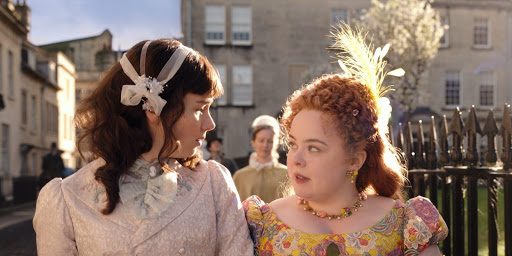 Bridgerton, is the new period series that appeared on the Netflix streaming platform on December 25, 2020 and is giving a lot to talk about.

Bridgerton barely arrived and captured the attention of millions of fans around the world, which has made the series created by Shonda Rhimes, an impressive success of the streaming platform.

With only eight episodes, in hours fans consumed the first installment of Bridgeton, causing the series to present a record audience in such a short time.

Bridgerton, is currently positioned at the top of the Ranking of the most viewed series of the transmission platform, as revealed by Netflix through twitter.

Netflix, shared the joy with fans by posting on the social network that remains confident in the adaptation of Julia Quinn’s books, which is becoming its fifth biggest success in terms of original series.

“In its first four weeks, it is reported that 63 million households will have seen Bridgerton.”

It is important to note that this great news makes Bridgerton fans very happy, because the platform could be excited to produce new seasons of the period series, to tell more stories.

See Also
Bridgerton: What could improve the second season?

Watch the new trailer of the third season of “Westworld”