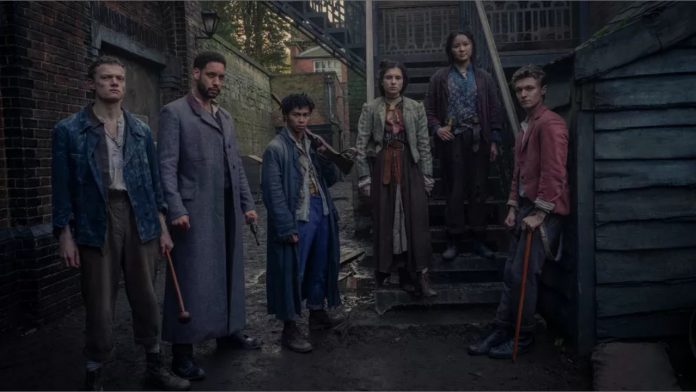 The new teaser of Netflix’s next Sherlock Holmes project The Irregulars has been released. The series, consisting of eight episodes, will be broadcast on March 26. According to Netflix, The Irregulars follows a group of “troubled street teens” who are “manipulated to solve crimes” by “sinister Doctor Watson”.

The Irregulars, much more moody and terrifying

The Irregulars is partly based on the Baker Street Irregulars in Arthur Conan Doyle’s original Sherlock Holmes novels, which helped Watson and the renowned consulting detective gain a street-level perspective on London and tackle some of his intense solving work.

The version created by Tom Bidwell is thought to take everything in a much more moody and terrifying direction.

Baker Street Irregulars has appeared in some Sherlock Holmes movies and television shows over the years. However, The Irregulars’ apparently choice to position Holmes and Watson as the people who benefit from these young children seems to have yielded some interesting stories.

Summarizing the idea in an interview with the BBC, Bidwell says:

“There was a bunch of street kids that Sherlock Holmes would use to help collect the clues, so if our series Sherlock was a drug addict and criminal, what would happen if the boys solved the whole case.”

The 8-episode series of The Irregulars will be broadcast on Netflix on March 26, 2021.

The King of Fighters XV: Ryo and Robert Revealed in Trailer

Horizon: Forbidden West – Players Can ‘Feel the Tall Grass’ Thanks...