Home Entertainment Netflix Has Released The Trailer For The Ambitious Korean Drama Hellbound! 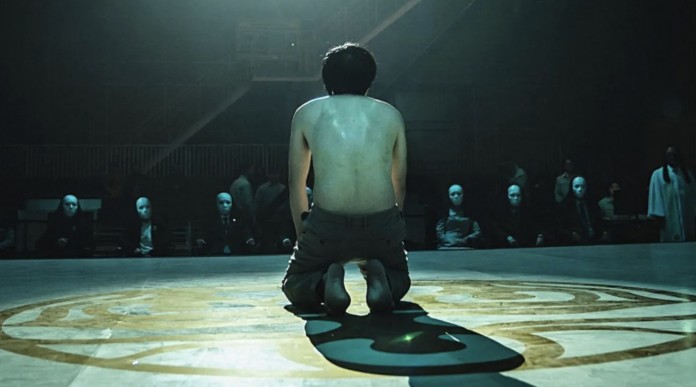 Netflix will watch extraterrestrials with the new South Korean drama Hellbound. Yeon Sang-ho sits in the director’s chair of Hellbound, which will air on November 19 in all countries where the platform operates. It stars Yoo Ah-in, Kim Hyun-joo, Park Jeong-min, Won Jin-ah, and Yang Ik-june.

In Hellbound, an extraterrestrial group suddenly appears and decides to condemn some people to hell. As these events cause turmoil in the center of Seoul, the mysterious group called New Truth suddenly becomes the hope of the people in hell.

Hellbound will hit screens in 190 countries on November 19th.

The pilot episode of the series was screened on Primetime at the 2021 Toronto International Film Festival. Hellbound is the first Korean drama to attend the festival. It will be released in 190 countries on November 19, 2021, along with Netflix.

Netflix said, “Welcome to the new world, all of you. A great apocalypse will break out. Chaos will wreak havoc on the world.” In the 2:15-minute trailer he shared with the note, he gave us a first look at the series.

In the middle of Seoul, unbelievable scenes of hell unfold before the eyes of the crowds. Mysterious beings condemn humans to hell, and extraterrestrials appear at exactly the appointed time to brutally burn the condemned to death. The tremendous chaos created by these incredible supernatural events is somewhat suppressed by the confident voice of Jung Jinsu, the leader of the newly emerging religious organization New Truth. He claims that only sinners are condemned to hell and that these events represent the divine will to guide people to the right path. A group of followers, Arrowhead, who blindly believe in him, undertake the task of punishing those who oppose the divine will. The world has turned into a complete hell.

A lawyer named Min Hyejin challenges Chairman Jung, claiming that the images of hell are just supernatural phenomena. In an effort to protect those condemned to Hell and to make Earth once again a place ruled by humans, not gods, they join forces with the few and resist the growing turmoil at the instigation of the New Right.

Byun Seung-min is the producer of the drama, which will consist of 6 episodes in total. In the cast of Hellbound, whose script was also written by its director Yeon Sang-ho; Yoo Ah-in, Kim Hyun-joo, Park Jeong-min, Won Jin-a, Yang Ik-june, Kim Do-yoon, Kim Shin-rock, Ryu Kyun-soo, Laa Re.

Essays on Empathy, The Deconstructeam Journey

The Producer Of Mother 3 Wants The Localization Of The Game...