Home Entertainment Netflix has released a trailer for the film “School of Good and... 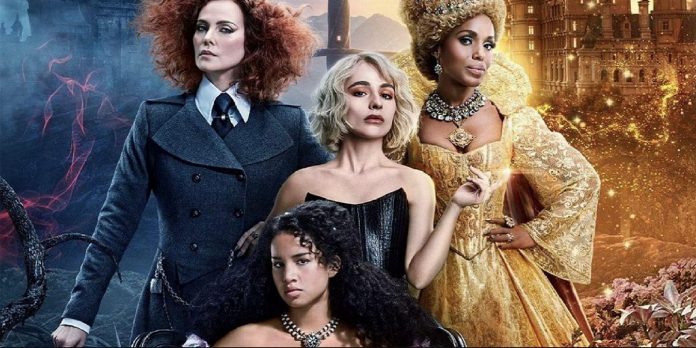 Netflix has released the official trailer for The School of Good and Evil, the long-awaited adaptation of Soman Chinani’s international bestseller of the same name. The film directed by Paul Feig (“Ghostbusters”, “Last Christmas”) involves a venerable cast, which includes Charlize Theron, Laurence Fishburne, Michelle Yeo and Kerry Washington.

Released in 2013, Chinani’s first novel received worldwide recognition as the story of two girls who were transported from the ordinary to the unusual world of a school dedicated to the balance of forces of good and evil, the source from which all fairy-tale villains and heroes originate. The complete opposites of best friends Sophie (Sophia Ann Caruso) and Agatha (Sophia Wiley) suddenly find themselves on opposite sides of the abyss in a school populated by eccentric and mysterious characters such as Lady Lesso (Theron) and Professor Dovey (Washington).

The new trailer for The School of Good and Evil, presented by Netflix, reveals a colorful and fantastic world into which girls are picked up by a giant bird and suddenly immersed, including a whirlwind of beautiful scenery and specially created effects that will delight fans of the book and fantasy. the audience is the same. Well-known and award-winning performers such as Theron, Washington, Yeo and Fishburne head the school, while newcomers Caruso and Wiley round out the cast. The very existence of the school is threatened when one of the girls, Sophie, becomes a formidable villain.

Agatha fights with sinister forces drawn from fairy tales to save her friend, who enters into an alliance with the evil side and upsets the delicate balance between good and evil forces. The trailer features a variety of popular fairy tale characters and iconography, including King Arthur, Cinderella and the famous Snow White mirror. Earlier this summer, a teaser trailer was released, as well as a cache of images last week, which whetted the appetite of both fantasy fans and fans of the first book in the series that spawned the Chainani franchise, numbering seven books.

Combining teen drama with fantasy, “The School of Good and Evil” will undoubtedly appeal to viewers, both thanks to the familiar fairy-tale theme and the impressive cast of Theron, Washington, Fishburne and Yeo, whose performances look on top (including the voiceover of Cate Blanchett as a Historian.) The concept of wizarding schools and academies is also popular: from the prevailing fascination with Hogwarts to such Netflix hits as “The Order” and “The Chilling Adventures of Sabrina.”

The premiere of “School of Good and Evil” on Netflix will take place on October 19, 2022.