Home Entertainment Netflix confirms new seasons of The Witcher, Cobra Kai and You for... 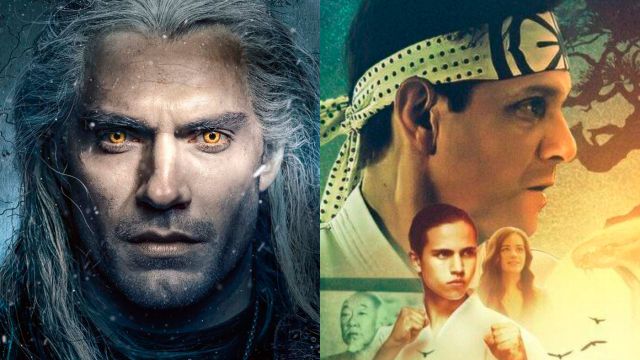 Netflix: The streaming platform makes a strong comeback with its new releases for the end of 2021, both in series and in movies.Netflix has confirmed, through the head of the company Ted Sarandos, that three of its current most powerful and representative series return with their new seasons during the fourth quarter of this year 2021. Thus, the second season of The Witcher, Cobra Kai With its season 4 and the third season of You, they already have a premiere window on the content grid of the popular streaming platform.

Netflix makes a strong comeback in 2021

We start with The Witcher and its second season, whose premiere was previously announced but is now reinforced in the words of the head of the platform. Thus, after the break during filming due to the global coronavirus crisis, it is finally confirmed that we can continue with the adventures of Geralt de Rivia by actor Henry Cavill from the fourth quarter of this year, yes, still with the specific date of premiere to be confirmed.

On the other hand, the fourth season of Cobra Kai, the popular series of the Karate Kid universe, surprisingly will also premiere at the end of this 2021. And this new season, whose production is the first in charge of Netflix, began to shoot last February and it was aimed at a premiere for 2022; finally, we will be able to enjoy the new episodes of Daniel LaRusso, Johnny Lawrence and company this year.

Finally, filming for the third season of You resumed earlier this year, finally confirming that the popular series about a charming young man who is obsessed with people to disturbing levels will also return in late 2021. Along with These three series also join two highly anticipated self-produced films like Red Notice (with Dwayne Johnson, Ryan Reynolds and Gal Gadot) and Escape from Spiderhead with Chris Hemsworth.