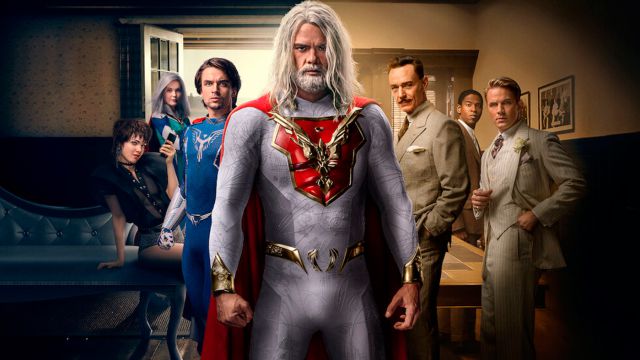 Netflix: The new Netflix superhero series comes to an end after a few weeks of its premiere and confirms a new spin-off starring the Supercrooks.Jupiter’s Legacy, Netflix’s new bet in the genre of superhero series, comes to an end just a few weeks after the premiere of its first season on the popular streaming platform. This has been announced by those responsible, arguing creative differences between the directors of the series and Mark Millar, creator of the original comic on which said series is based. Mind you, a new spin-off of Jupiter’s Legacy focused on the Supercrooks villains has already been announced as part of the same Millar universe.

And is that with some cast contracts that were expiring soon in the face of a possible renewal for a second season and with notable creative differences between Netflix and Frank Millar, the streaming platform has decided to cut production sharply, canceling a second season that, for now, it will no longer be produced; that yes, they leave the door ajar to a possible return in the future, although due to the cold reception of the series it seems unlikely.

“I’m happy to share that our next step here will be a live action version of the Supercrooks comic. In this new direction, we have made the difficult decision to release our cast from their commitment as we continue our development throughout the realms of the Jupiter’s Legacy series. We trust that we will return to it later, “says Frank Millar, opening the door to a possible return of the main series in the future, either with the same cast or with a totally renewed one.

ASTRO Celebrated The First Win Of “After Midnight” With a Live...