The Netflix streaming platform released this Tuesday (20) the company’s financial statement for the second quarter of 2021.

Altogether, the company was able to exceed the target of attracting new subscribers and revenue generated in the period. The service had revenues of $7.34 billion (beating estimates by “only” $20 million) and added 1.54 million new subscribers, also with a balance higher than what was expected by the market.

According to the platform, the isolation resulting from covid-19 generated unusual changes in the number of new subscribers: the number of viewers grew above expectations in 2020, but dropped significantly the following year. The new pattern, however, is considered the norm in the pre-pandemic world.

For the second quarter of 2021, Netflix expects to more than double the amount of new members who pay for the service, mainly betting on the catalog of debuts for the coming months. However, the company’s estimate (3.5 million people) is much lower than the target suggested by investors (5.46 million).

In the same document, the company confirmed the expansion into the games market, yet without detailing how the distribution of these contents will be. 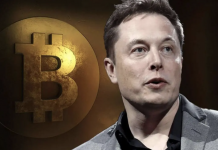