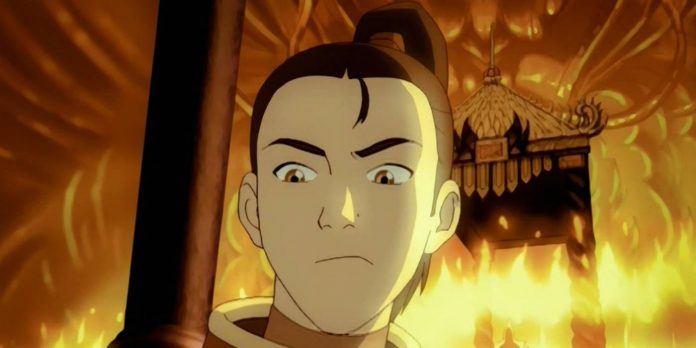 Netflix’s live-action reboot of Avatar: The Last Airbender could improve one key aspect of Prince Zuko’s backstory. The Netflix version of Avatar tells the story of a young Avatar Aang (Gordon Cormier) in eight hour-long episodes, in which Dallas Liu plays Prince Zuko of the People of Fire. While Netflix’s “Avatar” offers a great opportunity to take the franchise into much better real-time storytelling territory than the terrible failure of 2010’s “Lord of the Elements,” it can also give a fresh look at some aspects of Nickelodeon’s most original Avatar animated series.

One such area may be the event that led to Zuko’s downfall and marked the beginning of his long journey to redemption, Agni Kai’s Fire Magic match with his father, the Fire Lord Ozai. In the animated series Avatar, Aang’s best friend, Zuko, objected to the Fire Nation’s military strategy because of the danger it exposed soldiers to. collide in battle.

Overcome with fear, Zuko begged his father for forgiveness, but Ozai brutally burned his son’s face and banished him from the Fire Nation along with his uncle Iroh, allowing them to return only if they captured the Avatar. “Avatar” from Netflix will undoubtedly tell about Zuko’s motivation to capture Aang, regain his honor and return home, but changing how Zuko reacts to Agni Kai himself can lead to intriguing changes. In stark contrast, the Netflix reboot of Avatar may instead feature Zuko defiantly standing his ground against the ruthless Fire Lord Ozai, only to be defeated, which may work on the show in several different ways.

Netflix Avatar May Show Zuko’s Exile From a Different Angle

Zuko’s frightened reaction to meeting Ozai in Angi Kai is quite understandable. As Zuko points out, he was just talking to protect the Fire Nation’s troops, and more importantly, he was still a teenager wanting and needing his father’s love. However, Avatar showed Zuko as a very experienced fire magic warrior, and a Netflix reboot could have played this side of him to make him a defeat and banish the products of both youthful hubris and teenage rebellion on his part.

In this particular case, Zuko’s rebellion against his tyrannical father would be fully justified as opposing Ozai’s megalomaniac corruption in fire magic. On the other hand, the Netflix version of Zuko may show a young Prince of Fire heading to Agni Kai, overly confident and underestimating his father. Zuko’s expulsion from the Fire Nation is already an absolute humiliation, and this path can aggravate the situation when Zuko will blame himself for allowing his pride to get the better of him.

Zuko’s story is irreplaceable to the essence of Avatar, but despite the fact that the original series already had a powerful redemption arc and a hero’s journey, the Netflix reboot may rethink elements of Zuko’s story to match its own tone. Using the idea that Zuko is getting ahead of himself and trying to hold on to his more experienced father before he’s ready, Netflix’s “Avatar: The Last Airbender” could flip Zuko’s backstory by adding additional nuances to the already beloved Avatar character.