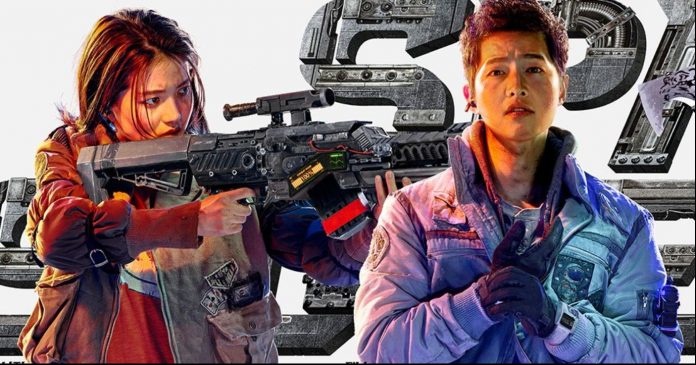 One of the most anticipated Korean releases in recent months is the sci-fi blockbuster Space Sweepers, starring Song Joong Ki and whose creators together with Netflix finally released a new poster along with the announcement that it will air worldwide next. February 5th.

As is known to all, initially its premiere in theaters had been announced for the month of September, despite the suspension of many productions and premieres in the entertainment industry in South Korea due to the Covid-19 pandemic It was scheduled for December, but even that date was never confirmed.

Faced with this situation, the company in charge of distributing the film, Merry Christmas, announced that it could no longer postpone the launch of the film, which is why it chose the Netflix platform as a way to better present Space Sweepers to national and global audiences.

The film is set in the year 2092, it is about the crew of the space junk collector The Victory who face a dangerous mission after discovering a humanoid robot named Dorothy who is actually a weapon of mass destruction. Song Joong Ki is joined by Kim Tae Ri, Yoo Hae Jin, Jin Sun Kyu, Yoo Hae Jin, and Richard Armitage.

For its part, the Netflix platform reported in November: “We are pleased to announce that Space Sweepers will launch on Netflix in more than 190 countries at the same time. Amid ongoing cooperation with the Korean creative community, we are inspired by the growing worldwide interest in Korean content in various formats and genres, including dramas and movies. ”

Space Sweepers also released a teaser for the movie which made the audience even more curious about a movie that has been compared to Hollywood productions. Furthermore, this film made by director Jo Sung Hee is also Song Joong Ki’s first comeback after his divorce from Song Hye Kyo.

Cardi B: his gift for Offset is angering internet users!