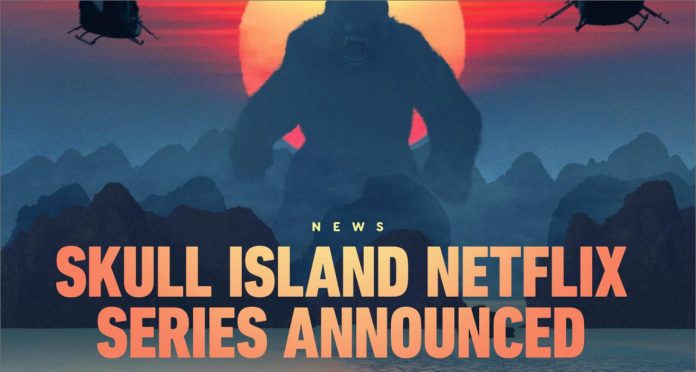 Netflix has announced Skull Island, a new anime series set on the Legendary MonsterVerse. The series, which will be produced by the studio Powerhouse Animation supported by Castlevania, will be about the struggle of the team, who landed on the island full of monsters ruled by a king and managed to escape from the shipwreck.

The new anime series, announced with a Tweet, “A shipwreck, a monster island and a king to rule them all. Skull Island is a new anime series from PowerhouseAnime set in Legendary’s Monsterverse movie. ” Introduced with the description.

A shipwrecked crew, an island of monsters, and one king to rule them all. Skull Island is a new anime series set in @Legendary’s Monsterverse from @PowerhouseAnim.

As described in the tweet, the series will feature the shipwreck crew landing on an island full of monsters where a king ruled them all. Given that Skull Island is the home of the giant gorilla, the king will likely be King Kong himself.

In addition, it should be noted that Skull Island has been featured in many films, starting with the 1933 movie King Kong.

Currently, no images or videos of the new anime series have been shared. Details of the new series are expected to be clarified in the coming days.

Joe Biden: We will not enter World War III