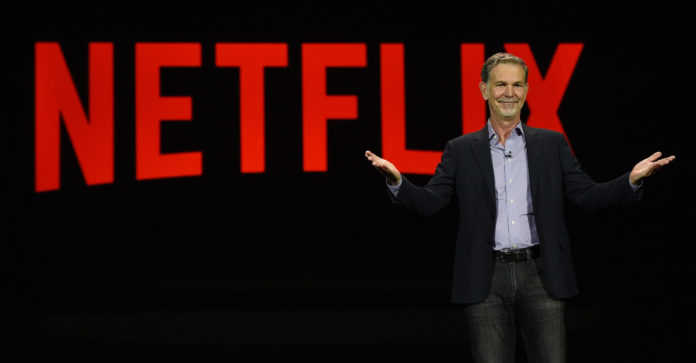 Ted Sarandos, chief content officer of Netflix, the online broadcast platform, said that during the shooting process due to COVID-19, they had shot most of their movies and series in advance, and they would not have a problem in 2020.

Netflix, one of the companies that increased its income the most during the coronavirus pandemic, answered an important question that was wondered if the epidemic extended. As in many sectors, filming can not be done in the TV series because of coronavirus. It is unclear how media companies currently consuming their stocks will share content in the event of an outbreak.

Netflix, the world’s largest online streaming platform, announced that its new content will not be exhausted by 2020, even if restrictions remain due to the epidemic. The company, which has enough content for the coming months, aims to continue the rapid rise in the COVID-19 outbreak. After this explanation, many people’s questions became clear.

Netflix, which started to serve 182 million subscribers by gaining more than 15 million new subscribers during the pandemic, continues to draw a very positive picture against most media companies. Unlike the television industry, which generally releases its content quickly, advancing in stocks, Netflix can set an example for other media companies after the outbreak.

Tedfrandos, chief content officer of Netflix, told analysts, “Our series and films to be released in 2020 were shot to a great extent.” Stating that they have also made new post production agreements in various parts of the world, Sarandos has turned its entire focus to 2021, unlike media giants who have trouble publishing this year.

There may be a pause in 2021
Sarandos stated that although there will be no problem in 2020 after the explanations, we can see less content in 2021. Despite this statement, the chief content officer confirmed that the company is currently working on more than 200 projects remotely.

Stating that their 12-month plans are ready for content such as TV series, movies, animations prepared by Netflix, the company guarantees to its users that Netflix will not let you down during the epidemic period. Despite the rapid increase in the number of subscribers, Netflix thinks that there will be a decrease in the coming year and this is how it plans. Nevertheless, it will please the users not to have content shortage in these difficult days.