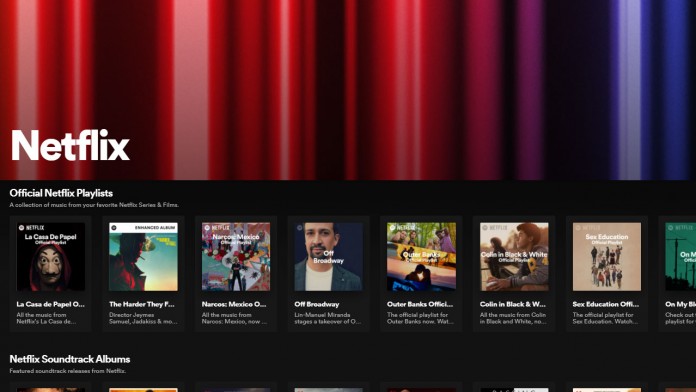 Spotify and Netflix have officially announced their new partnership, which they call Netflix Hub. Netflix Hub contains a lot of content, from the soundtrack of popular Netflix content to podcasts related to the platform. Netflix, one of the most popular content platforms of recent years, manages to attract attention with almost every content it adds to its platform. The content that the platform offers to its users is generally very popular on the internet and is used in many areas from memes to Instagram filters.

In addition to the fact that TV series and movies have become a popular ‘icon’ on the Internet, the music of these contents also attracts a lot of attention. Many users on Spotify are trying to make a playlist by searching for the music in series such as The Witcher and La Casa De Papel one by one. However, it seems that thanks to the new partnership of Spotify and Netflix, you will now be able to easily access the music of your favorite TV shows and movies.

Netflix Hub is now on Spotify

According to the statement made on Spotify’s official site, a special page for Netflix content has been created on the platform. This page, called the Netflix Hub, contains playlists of TV shows and movies such as La Casa De Papel, Red Notice and Cowboy Bebop. Thanks to these playlists, users will be able to easily access the songs in the content they watch and easily find the ‘that’ song that is engraved in their minds.

Of course, Netflix Hub doesn’t just offer users songs. From podcasts about Netflix and its contents to behind-the-scenes footage of how music is made, content will also be available on the Netflix Hub.

BTS and Lee Min Ho, Everything The Stars Have in Common