Home Entertainment Netflix: All the movies and series that will arrive in 2021 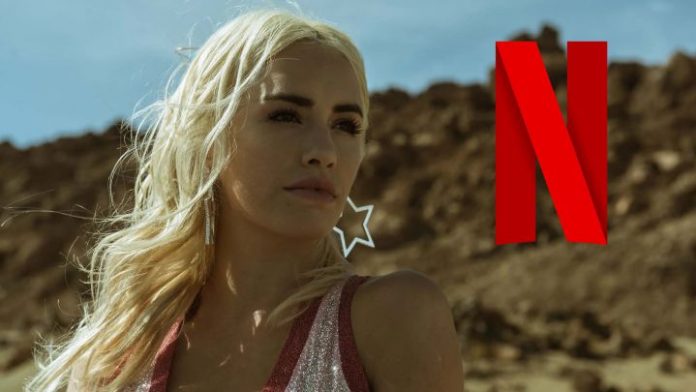 Netflix tells us the news in its release calendar at a monthly rate, just in the last days of the current month we know what will come out for the next. But every now and then, the content-on-demand VOD platform gives us a sneak peek of what its subscribers will be able to watch in the months to come.

In fact today, Netflix has thrown the house out of the window and has given us series and movie premieres between now and the end of 2021, so let’s review them all, that there is a lot of fabric to cut:

The list is made up of originals from Netflix, Netflix Spain and other premieres acquired by the service – it does not include the usual licensed films that arrive and leave each month from other companies and producers:

May 14
The Woman in the Window

The always interesting and virtuoso of the sequence shot Joe Wright (Atonement, Hanna, Darkest Hour) adapts a bestseller in his new proposal: The woman in the window is a thriller with an Amy Adams who never leaves the house because she is agoraphobic, and whose neighbor , Julianne Moore, gives rise to a web of investigations and strange events in which it is impossible not to think a little of Hitchcock.

After causing the earthquake of the year in the commercial genre with his highly anticipated – and ultimately gargantuan and epic dessert – 4-hour montage of the Justice League, Zack Snyder finally parks the superheroes and returns to the genre that saw him debut with that distant and masterful Dawn of the Dead: The zombie genre. His Army of the Dead promises a cross between that and Ocean’s Eleven, mixing undead and apocalypse with heists in a Las Vegas full of leaping zombies.

Summer 2021
The Street of Terror

What Stranger Things made was the 80s revival, The Goonies / IT-style boy groups, and elements of horror – adventure. All this -except for the eighties- is in The Street of Terror, a trilogy of scary movies based on the Nightmares of R.L. Stine, one of the best-selling authors in the history of literature and a series of books in which you have surely read some as a small teenager. Each film is set in a different time: 1666, 1978 and 1994, and will tell the same story in which a group of young people try to stop a millenary curse

The Wanninkhof case is a case of judicial error that occurred in Spain when, in an atmosphere of popular hysteria created by the media and in a trial plagued by irregularities by the judicial and police authorities, Dolores Vázquez Mosquera was found guilty of a popular jury for the death of Rocío Wanninkhof, who had been murdered in October 1999 near Mijas, Málaga province. A few years later, the case turned upside down when another subsequent murder was solved, that of the young Sonia Carabantes, in August 2003. In this documentary filmmaker Tània Balló addresses both cases from various perspectives.

After adapting his best-known work with Valeria’s series -not without some criticism due to the changes introduced in the gallery-, Netflix returns to the work of the well-known writer Elísabet Benavent, adapting a diptych about thirty-year-olds, tyrannical influencers and broken loves returning.

In Shooting
The Crystal Girls

Using the atmosphere of the ballet dancers, Jota Linares directs María Pedraza and Paula Losada in the Crystal Girls in a film that will take a look at two dancers from the National Classical Ballet.

Considered the Three Meters Above the Sky on Netflix, Through My Window is the adaptation of Ariana Godoy’s homonymous bestseller about a girl, Raquel, who has spent half her life in love with her neighbor, as attractive as it is mysterious. Watching him in a ‘stalker’ plan, in silence and without him seeing her, Raquel loves him, and this is the story of how she tries to achieve it.

Another romantic comedy with an urban atmosphere but with a supernatural touch, Eres tú tells the story of Javier, who has the power of love clairvoyance and can see the future of a relationship when he kisses a person – who could undoubtedly have that super power …