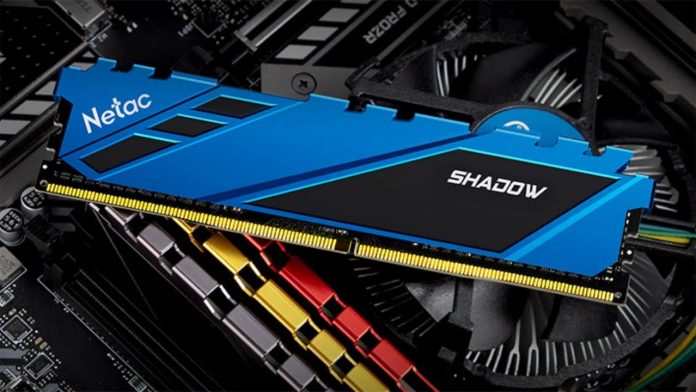 Netac will scale up player cases. RAMs, which are indispensable for every computer, also adapt to developing hardware. Chinese firm Netac is preparing to start production of 10,000 MHz DDR5 RAM.

Later this year, Intel’s Alder Lake-S processors and its successor AMD Zen 4 series processors have one thing in common: Supporting the next generation memory standards. Various manufacturers have also started to work on the new generation DDR5 RAMs.

So far, we’ve seen some companies’ DDR5 RAM announcements. As the release date of the processors approached, Chinese manufacturer Netac was among the companies that announced the new DDR5 RAM. The company’s target is gamers.

Netac’s goal is to produce 10,000 MHz of DDR5 RAMs suitable for use in gaming computers. So they want to dramatically increase the memory speed in line with new processors. The goal they announced is almost doubling the speed of the fastest DDR4 memory at the moment.

The speed of DDR4 memory currently used is generally between 3000-4000 MHz. The fastest DDR4, T-Force Xtreem DDR4-5600 MHz memory stuck at 5600 MHz, as the name suggests. We also know that these RAMs are generally used by professional overclockers.

Netac got its first DDR5 chips

Netac has also received the first series of new generation memory chips from Micron for the new RAM it will develop, and it is developing new memories with these chips. According to ITHome, the code of the new product was IFA45 Z9ZSB. These chips, which are engineering examples, are not the end product.

The fact that RAMs reach 10,000 MHz may not make a big difference. Nevertheless, as soon as the products hit the market, they will be designed with highly aggressive sales campaigns for players. It is better to collect compatible pieces when collecting crates than to collect the best pieces.