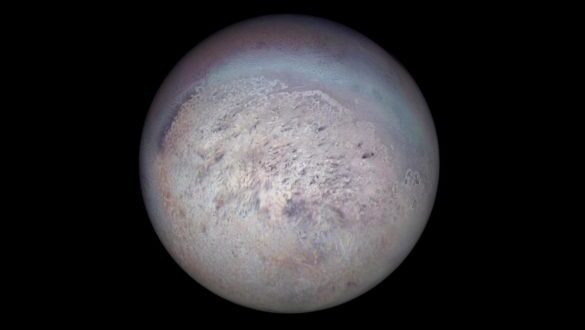 The unknowns about Neptune’s satellite, Triton, are more than known, but one of NASA’s Discovery Program’s final missions is planning to illuminate many things about Triton.

About 30 years ago, the Voyager 2 vehicle reached the eighth and solar system of the solar system, Triton, the largest satellite of Neptune, but the vehicle left scientists with new questions rather than answers.

In the images sent from Voyager 2 to the Earth, there were areas with black geysers on the surface of the satellite, and the areas that surfaced several times. In the minds of scientists, question marks about what caused these black geysers to erupt and what the origin and origin of the material that came to the surface of the satellite were formed.

Triton can be rediscovered:

One of NASA’s missions in Discovery Program can answer these question marks in mind and much more. The task called Trident, which is one of the four finalists, involves sending a second spacecraft to this unconventional satellite along with modern technology vehicles.

NASA will choose two of these missions by the summer of 2021, and these missions will be implemented in the next decade. The other three tasks to the final four are as follows:

Veritas, which will map the planet’s surface to learn more about Venus’ geological history

Davinci + whose atmosphere will be analyzed to understand how Venus formed

Io Volcano Observer, which will examine the satellite of Jupiter, the most volcanically active object in the solar system, Io

If Triton is chosen, the launch will take place in October 2025. The reason for this is to benefit from the alignment of the Earth and Jupiter, which takes place every 13 years. The spacecraft will then reach Triton using the gravitational force.

This Campaign in China ‘Hantavirus’ Panic (One Person Lost His Life)