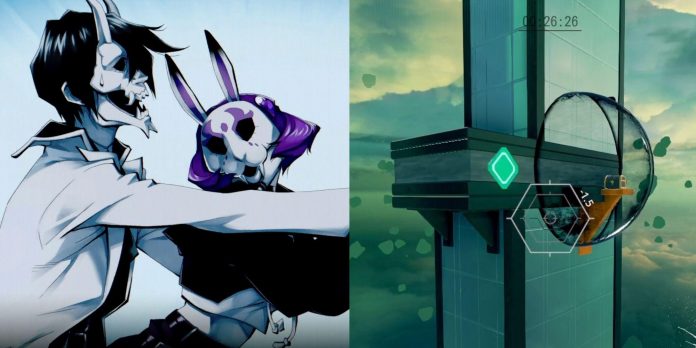 When a surprising game like Neon White comes out that has players whispering about Game of the Year honors, that really is something special. Coming out with a top ten list of what needs to be fixed is tough and can, at times, feel nit-picky.

RELATED: Best Indie Games That Will Make You Cry

But this is not done out of dislike for the game. Rather, there are a few changes that, if implemented, can move Neon White from “dark horse” to “frontrunner” for certain prestigious titles. If just a few elements are polished up, this game will be good enough to beat anybody.

10 Iron Out Those Sticky Edges

Over an entire playthrough, there will be dozens of moments where White is so close to snagging an edge and it’s fifty-fifty on whether the game will give him credit or not. In these instances, instead of falling tragically or making it on top of the platform, the game hesitates.

This creates a “sticky” edge. On tougher jumps, players can snag them multiple times on the same playthrough. A few times, there is a goofy little step that White must jump over while other times the game lets him run over it. When players are competing over fractions of a second, these moments needlessly ruin a run.

Enemy hitboxes have clearly been defined and there are no moments when shooting an enemy and missing feels like the game’s fault. That’s impressive and one of the reasons that this demon-slayer from Annapurna Interactive has been met with such enthusiasm.

The exception here is the Force Field demon, which must be killed by entering its bubble and leaving. This is way too unclear. It’s understandable if the whole body needs to be inside, but occasionally the entire screen will go black, indicating that the field has been fully entered, but leaving doesn’t pop it.

Since the game’s anticipated release, the tight controls have had gamers filling their veins with adrenaline. The rush of getting off a perfectly played shot or dashing through a tight window of laser mines is not to be downplayed.

The one part that could be better is when a skill doesn’t activate after being clicked. Some players click in anticipation of a shot, like the Dominion’s grappling hook. Unfortunately, if even slightly early, there is a brief cooldown that won’t permit the gamer to click again immediately when they are in range.

Auto Aim is a lifesaver. During mid-air shots, it’s nice that the game understands that the strategy is more important than personal precision. Aiming still matters of course, but being off a pixel or two would make the game notably less fun.

There is an issue with the automatic targeting on some maps. Over long distances, if players intend to shoot one target, the aiming will occasionally flip to another target that is further away from the crosshairs. It’s a heartbreaker to shoot an enemy with an Elevate instead of the red barrel next to them.

6 Zoom Out On Wall Jumping

There is a reason the boring standard is “watching paint dry.” Staring at a wall is not at all fun. During some of the most intense missions, the camera is filled with nothing but a wall. This happens most often when players use the Dominion or Purify to boost up the side of a structure.

For the sake of viewership and gaming, it would be nice to draw out the camera a bit. Being able to see when White is at the top of a jump is important to many of these maps. Being able to hop into a third-person mode would enhance the experience for everyone.

The leaderboards are in a bit of an odd state right now. Often, they’ll list just one name, presumed to be the top score, but the number that should denote the rank says something like 5. So which is it? Getting a high score on a map is only useful if it can be validated.

For most games, this wouldn’t matter, but speed running is at the core of Neon White’s personality. For this game to have some longevity, these leaderboards need to be clear-cut and populated with the top scores of everyone alongside the gamer’s score.

There is a single choice players can make in the game. It’s at the end and only occurs if players have fully completed the game, acquired every single gift, and delivered them to the recipients. It is a meaningful choice, sure, but why offer it at all when the rest of the game is scripted?

Either add more choices or don’t have any. The “press F to pay respects” and “press square to torture” were not well received by the gaming communities because they implied choices in games that didn’t meaningfully have them. Either add more or get rid of the one.

3 Voice The Rest Of The Cutscenes

It’s hard to not be intrigued by the characters in Neon White. Each member of the posse and angel in heaven gives the game an unexpectedly rich flavor. At the start, the lines are all voiced with such enthusiasm and feeling. Then, during unlocked cutscenes, they just disappear.

RELATED: The Best First-Person Shooters Ever (According To Metacritic)

Why not voice the entire thing? Knowing that the characters and story are going to keep gamers interested and seeing the talented crew on hand, these scenes really should be voiced to enhance the experience. It’s noticeably missing when entire sentences are reduced to grunting sounds.

2 Get Rid Of The Cringy Dialogue

The story and characters are enthralling. The dialogue? Yikes. It’s fine to have evil dialogue, somebody has to be the villain after all. Or have characters with offputting dialogue learn some kind of lesson. But no, the core cast just negs each other the entire time.

And that’s actually their word for it, White even asks to get negged by Red at one point. Playing these scenes for friends will induce groans from the entire audience. The outlandish characters are undone by their frankly hard-to-watch conversations.

White is mopey. Yellow is a “bro” with no brain. Red is a mysterious tease. Violet is petulant. Green has fallen to ambition. Stereotypes exist for a reason, there are tendencies worth noting. It creates an element of realism to address these patterns with a grounded attitude.

But people hate stereotypes because, even in the instances when they are accurate, these members of the group do not cease to be individuals, first and foremost. Unfortunately, Neon White has a cast of characters that fit in typical stereotypical boxes of gender and the moments when they break through these barriers are rare.

Neon White is available now for PC and Nintendo Switch.