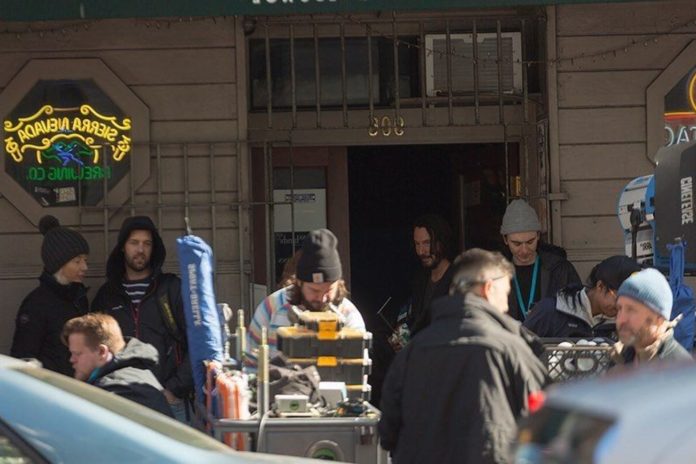 With the start of the shooting of the Matrix 4, new images began to overlap on the set. In a new video shared from the set, it turned out how the characters Neo and Trinity, played by Keanu Reeves and Carrie-Anne Moss, will look in the new movie.

Matrix 4 is eagerly awaited and filming of the new movie of the series continues in San Francisco. Matrix fans were wondering how Neo and Trinity would return during the new war period with machines. A new image emerged from the preparation phase of a scene with Neo and Trinity in Matrix 4.

Two beloved stars of the Matrix series, Keanu Reeves and Carrie-Anne Moss, will also return to their roles in the new movie. In the video shot on the Matrix set, Trinity and Neo are seen on a motorcycle. The new version of Neo, played by Reeves in Matrix 4, seems to be very similar to John Wick. Moss, on the other hand, does not compromise Trinity’s familiar image.

Matrix 4 will focus on Neo and Trinity, alongside Keanu Reeves and Carrie-Anne Moss, as well as a new character played by Yahya Abdul-Mateen II. Speaking about Matrix 4 before, Abdul Mateen II said, “I want to talk about the Matrix, I’m very excited about it. It’s a great team and I think there’s going to be a lot in the new movie. This is a very exciting scenario that I’m proud to be a part of.” he said. Lana Wachowski, who directed the original trilogy with her sister Lilly, will also sit on the director’s chair in the new movie. Matrix 4 will hit theaters on March 21, 2021.

New images from the Matrix 4 set: