Home Entertainment NEO: The World Ends With You Presents Its Opening Scene 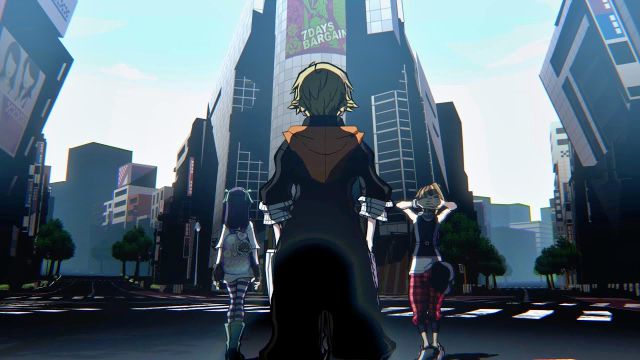 NEO: The World Ends With You: The Square Enix title is coming to PS4 and Nintendo Switch this July; on the Epic Games Store throughout the summer. I surrender, new protagonist. Square Enix has released the opening movie scene for NEO: The World Ends with You. The video game, planned for July 27 on PS4 and Nintendo Switch, will also arrive on PC via the Epic Games Store sometime this summer. After knowing new details regarding its story and gameplay, it is time to take a look at its ambitious opening scene, which we will see as soon as the title begins.

Those who are lovers of manganime surely wonder if we are really at the beginning of a video game or an animated series. Although the answer is the first, there is also an answer to the second. Square Enix is ​​working on an official animation series for the saga, The World Ends wit You: The Animation, featuring characters like Neku, Shiki, Beat, Rhyme, and Joshua.

What do we know about NEO: The World Ends with You?

NEO: The World Ends with You will hit stores for PS4 and Nintendo Switch on July 27; later also on PC. This installment will bring us back to the Shibuya neighborhood in a Tokyo very similar to the aesthetic level of the original video game, but now many things have changed; the main one, a structure of movement in three-dimensional environments with greater range of movement and action.

The protagonist of this occasion will be Rindo, a young aspiring to return to the world of the living. The story takes place three years after the events of the original 2007 work for the Nintendo DS (also available on Nintendo Switch with a remastering).

In fact, the gameplay will win in action, with mechanics and camera position reminiscent of series like Kingdom Hearts. The combat will be in real time with all kinds of techniques and skills, or synergies with other characters. With Tetsuya Nomura at the helm, the role and action of NEO: The World Ends with You will be spiced up by compositions by Takeharu Ishimoto, the original game’s composer.