Home Sport Neither Modric, nor Kroos, nor Hazard … The unexpected wizard king of... 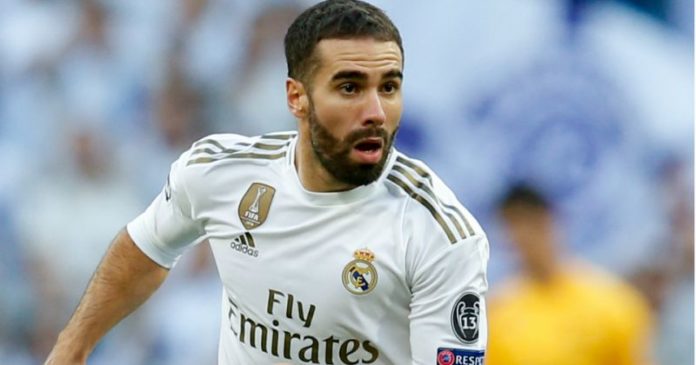 Real Madrid is facing one of the beginning of the season with the most ups and downs of the last seasons. The coach of the white team, Zinedine Zidane, has recently been questioned by the irregular start of the merengue box campaign, in fact.

However, one of the areas in which the effectiveness of the targets cannot be discussed is the assistance section. 19 goal passes have been given by the players in the Spanish capital table in the first meetings of the year.

In this statistical part, the surprise jumps. The reason? It is not a player from the center of the field who has given more goal passes, both in the first 9 games of the season in the League and in the 3 clashes of the Champions League.

It is a defense. Rather, a side. His name is Dani Carvajal. The right-handed side is the player with the highest number of assists in the season, with 3, beating players like Modric, Kroos, Hazard or James.

The defender of Madrid premiered his account of assists in the match against Villarreal, where he attended Bale in both the tie for the draw of the capital of Spain.

After the pass at the Ceramics Stadium, he accumulated two more meetings being decisive in one of the goals of his teammates. Before Levante, in Santiago Bernabéu, Carvajal assisted Karim Benzema in the first goal of a match that would end up taking Real Madrid for 3 goals to 2 in an agonized way.

The following week, the international for Spain was once again decisive in a triumph of the Concha Espina team. In the duel against Sevilla, Carvajal was the author of the goal scored by Karim Benzema and that in the end would be the key to the Madrid triumph in one of his cursed fields.

These three crashes make the right side the man with more assists provided at the start of the season, in which Real Madrid does not finish finding its best version, but is the leader of the Santander League.

After Carvajal, Kroos, Hazard, Bale and Benzema are the second highest assistants of the Concha Espina set, with two goals given each. These surpass, among others, Luka Modric.

The current winner of the Golden Ball, only takes one assistance. It was in the match against Granada, in which the Croatian midfielder attended one of the new signings of the white team, in the third Madrid goal.

With Modric, with an assistance, there is also James Rodriguez. The Colombian, who went from being out of Real Madrid and being a new player of Atlético de Madrid, has also given a goal pass. It was in the match against Levante, in which the coffee maker gave the goal pass in the second goal of the match, to Karim Benzema.

In conclusion, assists and passes are distributed within Real Madrid, but Carvajal is the leader of the table in terms of goal passes, which speaks clearly of the offensive situation of the meringues.