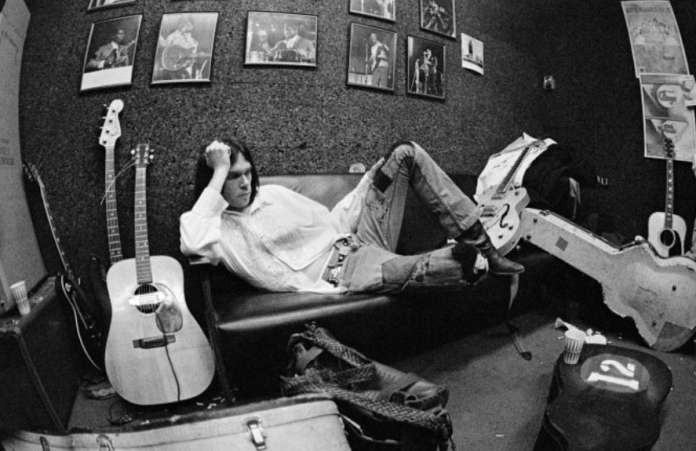 “I played with some great friends [on the record] and it’s really great that this album has lasted so long,” Young said in a statement.

A new documentary about Neil Young’s 1972 album “Harvest” is due to be shown in theaters next month.

The film, which features previously unreleased footage shot in Northern California, London and Nashville, was released in honor of the 50th anniversary of the record this year.

The film “Neil Young: Harvest Time”, which will be shown in theaters on December 1 (with selected encores on December 4), will be preceded by Young’s personal presentation of the film and album.

“Created between January and September 1971, this documentary takes viewers on a personal journey to Young’s Broken Arrow Ranch in Northern California to participate in the Harvest Barn, to London for an iconic performance with the London Symphony Orchestra and to Nashville, where the then 20-year-old Neil Young worked on various the tracks of this signature album, ” says the synopsis of Harvest Time.

“The performance and rehearsal content are intertwined in a creative narrative and include most of the tracks from “Harvest”, including “Heart of Gold”, “A Man Needs A Maid”, “Alabama” and “Old Man”.

Speaking about Neil Young: Harvest Time, Young said in a statement, “This is a great album for me. 50 years ago I was 24, maybe 23, and this album changed my life a lot. I’ve played with some great friends and it’s really great that this album has lasted so long. I had a great time, and now that I’m listening to it, I think I’m just lucky to be there.

“I hope you enjoy this story “Harvest Time”, which tells about everything that happened. And now people all over the world can see it in the movies.”

Tickets for the shows of Neil Young: Harvest Time will go on sale on November 10 from here.

The premiere of the film will coincide with the release of a special anniversary box set “Harvest”, dedicated to the 50th anniversary, on December 2. You can pre-order/pre-save the recording here.

After deleting a post related to one of Johnny Depp’s trial...