Home Entertainment Neil Gaiman explained why there was no “Sandman” movie. 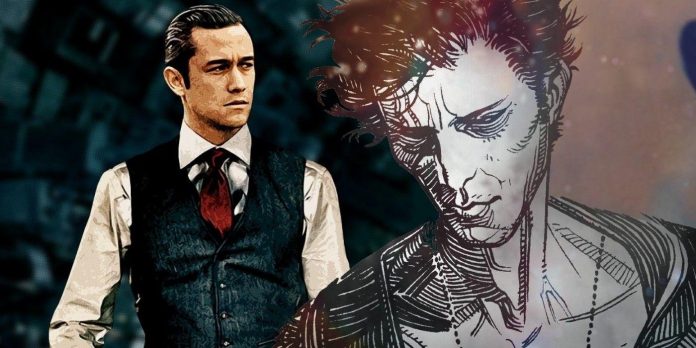 Sandman creator Neil Gaiman Explains Why Warner Bros. A feature film adaptation of the DC comics series was never realized. Gaiman created the “Sandman” for DC Comics, which moved to DC Vertigo publishing house in the middle of the circulation. The original series spanned a total of 75 issues from 1989 to 1996. It serves as the source material for the upcoming Netflix series The Sandman, which was developed for television by Gaiman, David S. Goyer of the Dark Knight trilogy and Allen Heinberg of Wonder Woman. .

However, the first attempts to adapt the “Sandman” were not as a TV series, but as a feature film, which began back in 1991. These efforts eventually failed, and the project languished in development hell for several years. This was until 2013, when Goyer presented the Warner Bros. film adaptation of The Sandman, and Gaiman subsequently signed a contract with the star of The Dark Knight Rises, Joseph Gordon-Levitt, who was planned as the main star and possible director. A few years later, Gordon-Levitt left the project due to creative differences, and the project froze in development again.

During a recent interview with Jake’s Takes, Gaiman detailed why the film “The Sandman” was never filmed at Warner Bros. According to the creator, WB wanted to adapt DC comics into a traditional blockbuster about superheroes in the style of Superman, Batman, Flash or Wonder Woman. but Gaiman and the studio soon realized that the source material was too voluminous to be adapted into one two-hour film. Read what Gaiman shared below:

The problem was that you have 3,000 pages of history, and trying to cram that into a two-hour movie meant that you threw away everything that made the Sandman interesting and made him work and that made him human, and in the end you got something that didn’t mean anything. That’s what happened over and over again while the Sandman scripts were being written.

The author of A Song of Ice and Fire, George R. R. Martin, faced a similar dilemma when Hollywood studios approached him with proposals to adapt his fantasy series for the big screen, especially after the success of Peter Jackson’s The Lord of the Rings trilogy. Like Gaiman, Martin knew that his extensive source material could never be properly adapted into one two-hour film or even into an entire trilogy. Fortunately, the author of “Game of Thrones” waited for an offer from HBO, and the rest is history. Similarly, Goyer convinced WB to switch its focus to long-form television, and Netflix eventually won the war for the series.

“The Sandman” is a story about stories, and in order to make a film based on it, many of these stories would have to be cut. But what makes Dream a convincing protagonist is that he is more than just a powerful being, but the master and personification of all dreams and stories. Viewers won’t have to wait long to see “The Sandman” as it should have been, as the series will premiere on August 5 on Netflix.

The Joker’s New Mission Shows How Arthur Fleck Has Changed His...